Gabrielle Giffords will resign to focus on her recovery 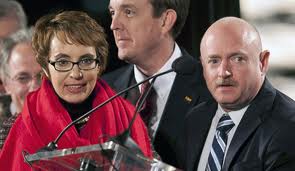 Arizona Rep. Gabrielle Giffords announced on her website Sunday that she will resign from Congress this week to continue her recuperation from the brain injury she suffered when shot just over a year ago. Giffords is still recovering from her injuries, and her right side remains weak. She has made few public appearances since the incident with some rare exceptions, such as casting a vote in Congress to raise the federal debt ceiling and conducting an interview with ABC’s Diane Sawyer.