By Mecca Jamilah Sullivan on January 3, 2012 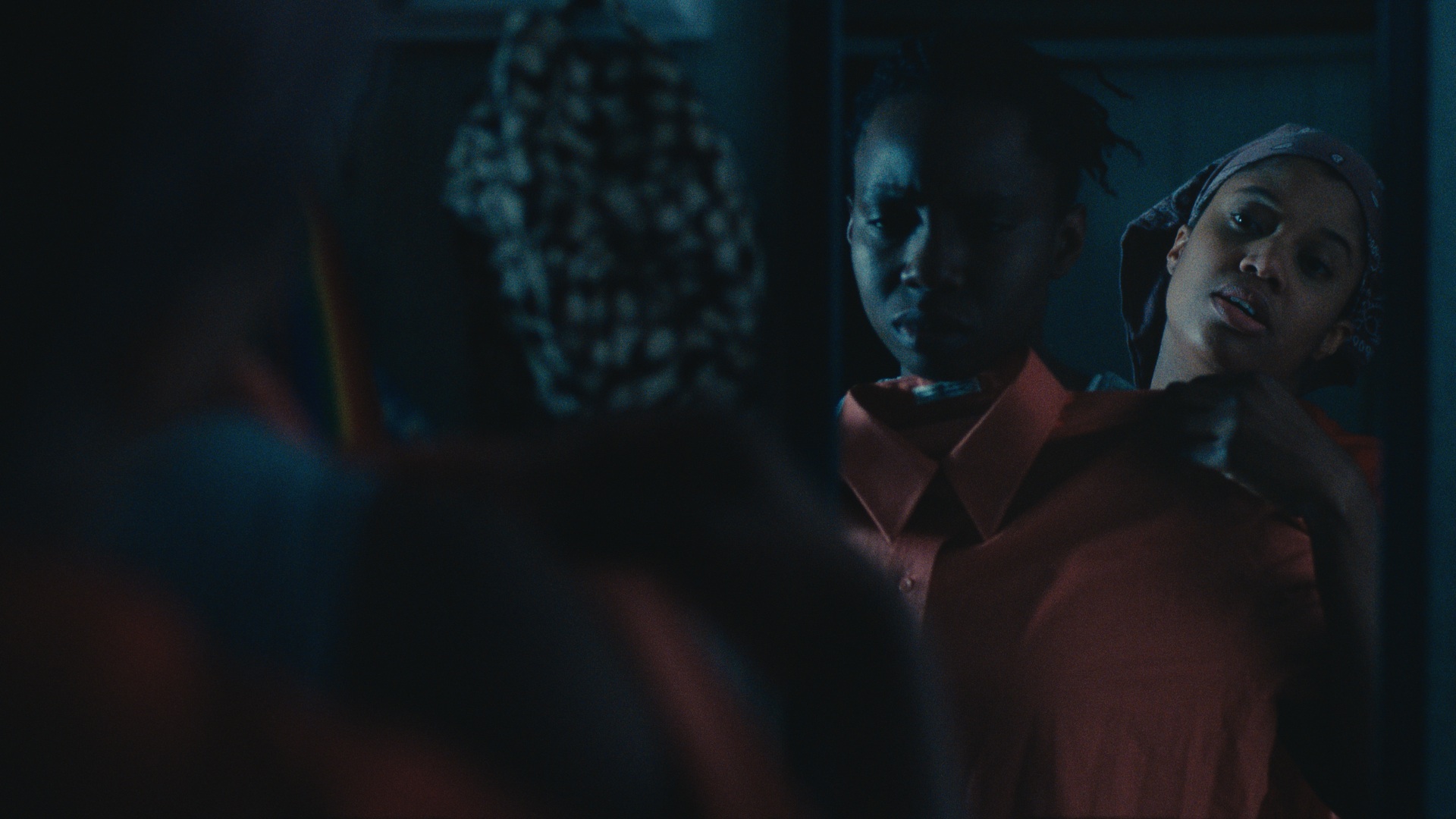 Three white women crowd the ticket window. “What is Pariah?” one asks, flustered. The ticket vender stammers. “It’s, uh, kind of a slice-of-life among kids in Brooklyn.” My partner and I exchange a glance.

It’s the opening night of Pariah, Dee Rees’s resoundingly-well-received debut film, which opened in select theatres on December 28th. The film has been labeled a coming-out film, a women’s coming-of-age missive, and a meditation on African-American identity. But Pariah is more than all this. It’s a story that resists filmic genres, primary “issues,” and gender binaries alike. Rees’s characters are queer and straight and questioning. They are poor and middle-class, from two-parent nuclear families and raising themselves. They slide along gender spectrums unexpectedly and in their own time. Most importantly, they are characters, real, black characters in fraught, complex relationships– something we haven’t seen on mainstream screens in a long time. 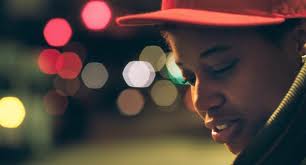 The film opens at a black “women’s club,” were burlesque performer Maine Anders (popular among New York’s black queer women community) winds and grinds for a room full of women of color. It is here that we first encounter Alike (Adepero Oduye), who deserves every bit the praise she’s gotten for the role). Alike is the odd-duck out in more ways than one—or even two. She is black and queer and a woman. She is also sweet and shy, and is just beginning to tinker with masculine gender expressions. There to aid her in this process is her best friend Laura (the brilliant Pernell Walker), a thick and ebullient aggressive woman (AG) from the wrong side of the tracks. Disowned by her mother, Laura serves as a symbol of black queer women’s self-made communities, and black lesbian self-making. Between nights out at the club and household economic planning with the sister she lives with, Laura studies to get her GED and mentors Alike in the ways of the black AG, helping her develop what Walker called in my interview with her “the grand swagger” of hip hop masculinity. For Walker, who grew up a tomboy in the South Bronx (and who, it’s worth mentioning, identifies as straight), this hip hop identification is Laura’s “male protective armor,” but it’s also a gateway to her vulnerability—to “that need to be loved, accepted.” 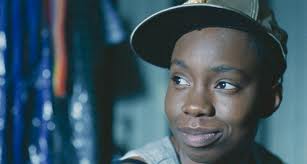 In her quest to develop this swagger and tune it to her own Afro-punk personality, Alike, whose Ibo-derived name translates loosely to “most beautiful woman,” must pass in almost every setting she encounters. One of the film’s most moving scenes shows her on the bus on the way home from the club, replacing her fitted baseball cap with girlish baby door-knocker earrings as Sparlha Swa’s “Doing My Thing” plays in the background. Yet, Alike finds it equally difficult to do “her thing” in Laura’s black dyke enclaves, where her social discomfort becomes hilariously literal as she tries to don the wrong dildo on her first date, leaving her squirming on the sidelines while her date dances with someone else.

The phrase “doing my thing” becomes a motif in the film, repeated by Alike’s friend-turned-first-lover, Bina (Aasha Davis), who insists after their first (and only) sustained sexual encounter: “I’m not like, gay gay! I’m just doing my thing.” Rees repurposes this hip-hop youth mantra to explore black gender across lines of sexuality and generation. Even as Alike’s mother (Kim Wayans), rejects “this tomboy thing [Alike is] doing,” she frames the femininity she imagines for Alike as an explicitly self-defined one, demanding that she groom her hair and lotion her face because “it’s your head; its your skin.” This is echoed by a chorus of (ostensibly straight) black girls as they talk casually about sex in the school hallway. When the conversation turns to aggressive women, one woman declares “some of them AGs are kinda cute… I’m not saying I would, but I’ll holla.” When met with jibes and laughter, she clarifies: “I like girls; I love boys.” This character voices the unsettling ambiguity of cultural receptions of black female masculinity —when asked about Alike, she sighs “if she was just a little bit harder.” Yet the girl (who does eventually date Alike) also expresses a complex attitude toward black queer gender rarely seen onscreen. 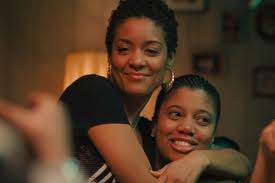 And this is what’s so great about Pariah. It complicates black identity not through decontextualized “slices of life” or formulaic “coming-of-age” structures, but through a real, live narrative and characters that are as conflicted as they are complex. To say that “race is not an issue” in Pariah, as one review does, is, of course, a soaring overstatement. But Pariah invites us to think about intricacies of identity that commercial film usually disappears when characters are black. Here, blackness is at play because sexuality, class, and gender are at play. As Laura’s “hip-hop’s swag” suggests, the film throws masculinities and femininities into relief by locating them in a world where blackness, at least temporarily, marks its own borders. Rees takes full advantage of this choice, rendering with gorgeous sincerity Alike’s inner life as she figures out what sexuality and gender mean to her. The film’s most intimate scenes occur not between parents and children, or even between lovers, but between Alike and Laura as masculine-presenting friends fighting to sustain their friendship across class lines, fumbling comically to strap on a harness and a white dildo, sharing a dollar box of ice cream on a rooftop when there’s no other family to be found.

Only once or twice does this intense concentration of emotion threaten Rees’s elegant style: Alike’s well-earned breakdown after a series of romantic and familial rejections may be very slightly overwrought, and while Rees’s staccato visual and sound effects in that scene gesture toward Alike’s internal frenzy, we miss the opportunity to hear her make sense—or fail to make sense—of the pain her communities’ homophobia visits on her. But these moments are minor, rare, and beside the point in this admirable and much needed debut. As black British lesbian filmmaker Campbell X (director of Legacy and Stud Life) put it in my interview with her, Rees is making space for “a new legacy—one in which African Americans are looked at from an insider’s eye and saying: ‘We are human -get over it!’ There is no explanation and no apology.” 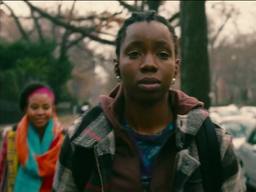 This unapologetic humanity is Pariah’s greatest accomplishment. The film resists binaries vehemently, insisting on presenting not just a “slice” of black queer life, but an in-your-face story from a black social world where accepted ideas about gender, sexuality and intimacy don’t hold. Ultimately, Pariah is about what it means to be a black queer woman—and a complex human—determined to “do your thing.” That’s something America’s commercial film culture doesn’t know much about just yet. But Dee Rees damn sure does.