Women Are Aggressors in Household Violence Too – The Feminist Wire

Home / College Feminisms / Women Are Aggressors in Household Violence Too

Women Are Aggressors in Household Violence Too 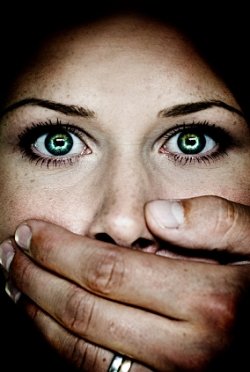 It’s not just boys and men who are aggressive, say Caryl Rivers and Rosalind C. Barnett in “The Truth About Girls and Boys.” But in this excerpt from their new book, they note that women are far more often seriously hurt or killed.

Rivers and Barnett have a point: the “male violent aggressor–passive female victim” scenario is essentialist and totalizing. It leaves little room for contextual differences and displays too much of a dependency on “nature.”  However, I wonder how Rivers and Barnett are defining “female” violence, and how this definition treats self-defense.  Too often women get a bad rap for standing up for themselves, and thus, what should be deemed resistance is problematically interpreted as a form of incivility–by not only the abuser, but the powers that be.  I guess this highlights abuser privilege.  And no, it’s not gender specific.

Related Items
← Previous Story Some Combat Dogs Suffer Post-Traumatic Stress, Too
Next Story → The Case For Peeking Inside The Slaughterhouse