Some Combat Dogs Suffer Post-Traumatic Stress, Too – The Feminist Wire

By Catherine Morrisey on December 5, 2011@CaMo0 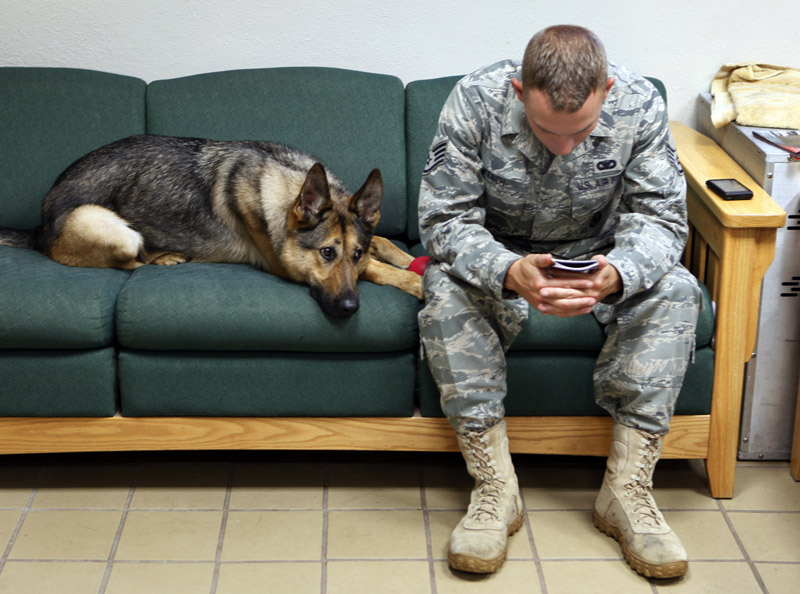 The United States military has long used canines to assist in times of war. Dogs help troops sniff out bombs, clear buildings and locate enemy forces. Until the most recent wars in Iraq and Afghanistan, military canines were euthanized after their service ended. Recently, however, this policy has started to shift, and military canines are returning home from war with human combat troops. With their return has come a new phenomenon – diagnosing some canines (roughly 5%) with PTSD. Dogs exhibiting timid, aggressive and clingy behavior upon returning from war zones have been diagnosed with canine PTSD, and their owners are advised to treat the issue in much the same way as humans with PTSD – increased amounts of exercise and in some cases, anti-anxiety medications.