By Sikivu Hutchinson on November 9, 2011 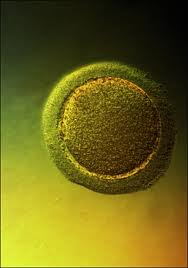 Taking its dangerous “life begins at conception” assault from State Legislature to State Legislature, one of the most dangerous political forces in the United States is stepping up its crusade for the “rights” of the unborn.  Backed by an organization called Personhood USA, the latest offensive by anti-choice Christian fascists involves a renewed movement to amend state constitutions to establish human rights and personhood status for fertilized eggs. On November 8, 2011, Mississippi voters will decide the fate of Initiative 26, a personhood amendment that could precipitate the dismantling of Roe vs. Wade.  Ever immune to morality, reason, church-state separation precedents and an understanding of the basic laws of biology, the most flat earth reactionary segment of the pro-death anti-choice movement wants to circumvent constitutional protections for abortion by conferring personhood on fertilized eggs.  This would eviscerate the premise that women have a sovereign and singular right to control their bodies by designating rights before implantation and a clinically viable pregnancy has been determined.  For those who have any elementary grasp of the human reproductive process, conception does not automatically result in pregnancy and the vast majority of fertilized eggs never implant in the uterus.  Yet if the egg crusade zealots have their way this new initiative would potentially criminalize any woman attempting to use birth control pills or IUDs, and jeopardize in vitro fertilization procedures and stem cell research.

We’ve been down this road before.  In 2009, the egg crusaders were able to convince the North Dakota House of Representatives to pass a constitutional amendment on personhood. It was later vetoed by the State Senate.  Colorado voters also rejected a similar ballot initiative 73% to 27%.  New initiatives are being slated for Wisconsin, Florida and other states.

One of the most reprehensible arguments that the personhood campaign makes to bolster its cause is a comparison between egg rights and the movement to abolish slavery.  The California campaign’s website cites Joshua Giddings, a 19th century American anti-slavery legislator who held that “God” as “author” of all life grants the inalienable right to life to every being.  Following this argument it is unclear who is exactly “enslaving” pre-implanted fertilized eggs.  Is it potential mothers who arrogantly lay claim to their own bodies?  Is it the state for failing to protect the right of pre-implanted fertilized eggs to implantation?  By cloaking its propaganda in the rhetoric of civil and human rights the movement avoids delineation of the real life consequences for women, once again reducing them to vessels with no agency, right to privacy or control over their own bodies.

This imagery draws from the same demonizing language evoked in the recent anti-abortion Radiance Foundation campaign targeting the “dangerous wombs” of women of color.  The parenthood website does not specify what rights un-implanted eggs would be conferred with other than, presumably, the right to progress to the implantation stage, fetal development and then birth.  There are no details about who or what could act on the behalf of the un-implanted egg as person if the host carrier (formerly known as mother) of the egg were to determine that she should receive medical treatment.  There was no information on who would legally be empowered to intervene or act on behalf of the un-implanted egg as person (the state perhaps?) to object to any stance that the mother might take.  It stands to reason that if contraception were used to prevent the inalienable right of the egg as “person” to implant then host carriers who did so would be criminalized and prosecuted for murder.  As a preventive measure, potentially offending host carriers could perhaps be fitted with special ankle bracelets or encoded with state monitored electronic microchips to preclude violations.

The Catholic and fundamentalist Christian activists at the forefront of the egg crusade are curiously silent on these small details.  In true schizoid fashion they push for special faith-based government entitlements and yet scream about government interference, rallying big government to run roughshod over women’s fundamental right to privacy through a new regime of policing.  And indeed, their own “family planning” policies have proven an abysmal failure, as evidenced by the exploding teen birth rates in Bible Belt states like Alabama and Mississippi, in comparison to lower rates in the relatively godless Northeast and Northwest (abstinence-only sex education programs and fundamentalist Christian propaganda against fornication outside marriage would seem to be a source of cognitive dissonance for Southern teens).

The anti-human rights egg crusade would take this national obscenity one step further by deepening the region’s poverty and straining its already overburdened, family-averse social welfare net.  Fortunately, Initiative 26 has elicited grassroots activism and backlash from groups as diverse as fertility rights organizations to Mississippians for Healthy Families to the National Advocates for Pregnant Women.  The fervor of this “new” brand of anti-abortion activism only underscores the need for a vigorous secular defense against the continued incursions of the Religious Right.  It’s either that or get ready for the ankle bracelets.