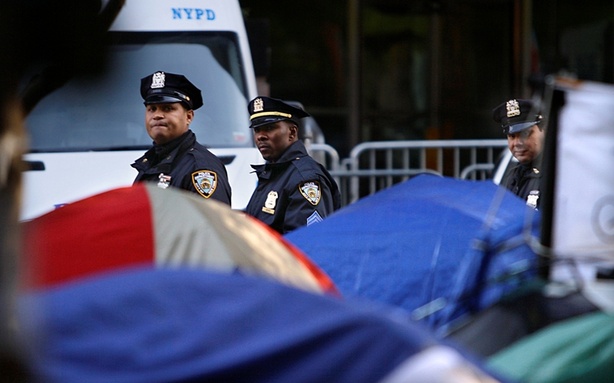 According to The Atlantic Wire, Mayor Bloomberg is toying with the idea of evicting the Wall Street Occupy protestors from Zuccotti Park due to recent rape reports.  I can’t help but wonder if Bloomberg is using fear of rape to manufacture a crisis, or if he’s truly concerned about the budding rape culture developing within Occupy movements. It’s difficult to tell.  However Bloomberg goes about the eviction, if he moves forward with it, will convey plenty.  Will he kick everyone out of Zuccotti Park then return to business as usual, or will he partner with those within the movement who are already addressing sexual violence to help end it in general?  My guess is the former but one never knows. The bottom line is rape within and outside of Occupy movements must end. This isn’t the time for grandstanding and political hustling.  It’s time to Occupy Rape Culture.