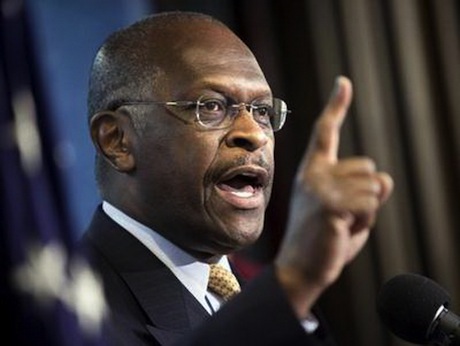 Republican presidential hopeful, Herman Cain, keeled over in laughter Friday when a supporter related to him that Professor Anita Hill was trying to reach him. “Is she going to endorse me?” Mr. 9-9-9 quipped. Charged with sexual harassment by four women, two of them now known to the public, Cain leads the Republican presidential field, though his front-runner status is reported to be slipping to the adulterer among the pack, former Georgia Congressman, Newt Gingrich. Cain has vigorously denied the allegations of sexual harassment.

The ever-classy Hill in an interview with Richard Stengel for the “Huffington Post” had “no comment on Herman Cain.”