Where Are the Radicals?: Islam(ophobia) and Black Urban Politics – The Feminist Wire

Home / Politics / Where Are the Radicals?: Islam(ophobia) and Black Urban Politics

Where Are the Radicals?: Islam(ophobia) and Black Urban Politics

Who is it that said the more things change, the more they stay the same? If the last decade is any harbinger of what’s to come, the new millennium is turning out to be even more backward than the last one.  The forces of regression and repression are upon us and frightfully active—as they have been for several decades now.  Here in the United States, the new millennium has ushered in a reinvigoration of racism, the popularization of white ethnocentricism, the increased militarization of national borders, disparate destitution, the curtailment of the most basic civil liberties and the continuous denial of rights and resources to disenfranchised members of the U.S. polity.  The question now before us is:  What will it take to create progressive, sustainable, global, social improvement?  What will radicalize us – the hopeful and the harmed inhabitants of a young country in a new century already overrun with antiquated logics and embedded structures of inequality?  And what precisely can/does/will Islam (as potentially liberatory theology, as an organized and organizing way of life, as the aggregate set of cultural practices and spiritual aspirations of billions of humans worldwide) have to do with it?

Amidst public outcry, on March 10, 2011 the House Homeland Security Committee held a hearing on Islamic radicalization to address purportedly ways of recognizing, preventing and defeating “homegrown terrorism” in the United States.  Who can forget Rep. Keith Ellison’s (D-Minn.) emotional remembrance of Mohammed Salman Hamdani, a Muslim American and one of the first responders to the tragedy of 9/11 who was accused of being one of the planners of the attack until his remains were discovered in the wreckage?  Apparently, the “war on terror,” which made preemptive war legal internationally, is no longer fought exclusively on distant terrains.  Nowadays, the proverbial chicken has come home to roost, and the United States is engaged in a death match with its own, supposedly homegrown, Muslim extremists.  No longer simply the guise for the ongoing project of U.S. imperialism in the Middle East, the “war on terror” has become one feature in a broader state practice of rescinding the legislative gains of the Civil Rights movement.  The eradication of Islamophobia is—or needs to become—a black thing.

Throughout the twentieth century and beginning with proto-Islamic movements such as the Nation of Islam, impoverished African American urbanites have embraced Islam for personal development, cultural innovation, political resistance and spiritual uplift.  In the current period of Civil Rights retraction, black Americans continue to deploy the politics and the ethics of Islamic piety to normalize familial and communal relations in African American communities under duress, to interrogate dominant racial ideologies and government apparatuses and to provide new frameworks for globalizing urban life in black American communities.

Often entering families and communities through those most in need of help, such as the incarcerated and the drug addicted, Islam has been for decades a familiar and uplifting presence in urban areas densely populated by African Americans.  Mosques, halal food markets, veiled black women and the muezzin’s call to prayer have long contributed to the sights and sounds of black neighborhoods.  As a matter of fact, so central is Islam in black America that Robert Dannin, one of the few scholars to address this phenomenon, posits, “Islam symbolizes the aggregate value of an authentic African-American culture.”

In this moment in which the transformative power of Islam has gripped black America, anti-Muslim sentiment and Islamophobic legislation have become leading forces in the erosion of basic civic freedoms in the United States.  The terrorist attacks of 9/11 have played a tremendous role in defining American attitudes about freedom, civic entitlement and national security.  Popular attention, as well as financial and legal resources that for decades had been devoted to protecting civil rights, preventing discrimination and strengthening hate crime legislation, have been rerouted into the fighting the so-called war on terror.  Funding that should be used to alleviate urban poverty, to improve schools, to provide necessary job training and sustainable employment, and to improve nutrition and healthcare for impoverished peopled has been diverted into the costs of war.

Citizens have been asked to exchange the establishment of a more egalitarian United States for national security at a time when conservative ruling elites and the media manufacture the threat.  The resultant heightened security measures include searches without warrants, illegal wiretaps, extended detention of civilians without formal charges, the infiltration of mosques and the general censorship of progressive leftist critique.  Additionally, the demonization of Muslims has led to a renewed and specifically racialized hatred of the Other.

We must link the struggle to eradicate Islamophobia with the ongoing struggle to end racism and vice versa.  In Islam issues of intolerance are addressed easily by the fundamental belief that cultural, ethnic and racial distinctions among the world’s populations are inconsequential, except as proof of God’s benevolence and omnipotence.  In Islam racial and ethnic differences are not accorded specific, intrinsic value, and they do not inform a hierarchy or social schema based on putative differences in human capacity or worth.

There is verse in the Qur’an that reads: “O People! We have created you from the same male and female, and made you distinct peoples and tribes so that you may know one another. The noblest of you in the sight of God is the most righteous” (49:13).  Not simply a call for color-blindness or race-neutrality, this verse is a reminder that a diverse, just society is an Islamic ideal.  In our post-Civil Rights moment, social justice broadly and black political advancement specifically depend on inclusive politics and adaptive strategies of social survival for all disenfranchised subjects. Those antiquated logics and embedded structures of inequity that have crept in to steal the future will only give way to coalitional politics: cross-racial, trans-cultural, inter-class, transnational.

The eradication of Islamophobia is—or needs to become—a black thing. 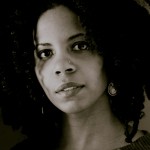