We interrupt our summer break to #SayHerName and to honor #SandraBland. 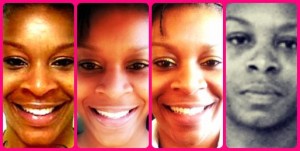 Sandra Bland should not be dead but she may have taken her own life. I awoke this morning thinking about Sandra and that edited (and here and here) dash cam video. It is clear, to my mind at least, that sista refused the oppressors oppression, did not mince words, and quite possibly chose her own destiny.

629 people killed in America by police this year as of yesterday. That's more than the entire population of my old hs. Wild.

We are living in the wild wild West. Black flesh is the prey. And the state seems to be out for blood. Sandra knew this too. Dead black flesh line our streets and media daily. So of course when this story first broke I pondered the possibility of murder and I refused the narrative of self-affliction.

But the truth is, we don’t know.

What we do know is, though edited, there is power in that dash cam. The video shows something we haven’t seen. It shows a black woman embracing her right to be angry. Too often these kinds of violent and traumatic videos reveal unarmed black men and women being beaten into submission by seemingly powerful police abusing their authority. We hear “I can’t breathe” and “why’d you shoot me?” We see black folk running. We see hands up.

Sandra told her mother that her purpose in life was to fight oppression in TX. From what we can tell from the edited dash cam video, she went down fighting with the only thing she had: her voice. Even through her tears and physical pain Sandra spoke courageously, unapologetically and unequivocally. She noted the arresting officers’ violence as a sign of weakness and his need to feel “like a man.” She noted the black woman officers’ eager participation in the horrid ordeal as a shame.

I found power in Sandra’s voice.

I’d like to see all of the unedited footage of Sandra in jail. If they bashed her head and tried to break her wrists in public, we have to raise questions about what did they did in private. The historical archives certainly tell us what’s possible, particularly to black women who refuse state and local violence. I don’t need to revisit those stories here (her face in the orange jumpsuit provides a clue), but I do want to know, what did Sandra have to survive during her final hours? And I wonder, did she sing like the ancestors? Did she cry herself to sleep? Or did she courageously belt out Oh, Freedom, “and before I’d be a slave, I’d be buried in my grave. And go home to my Lord and be free”?

Sandra should have never been taken out of her car.

She was harassed from the start. The arresting officer tried to elicit a response and have power over her from the beginning. And he was confused and visibly upset when Sandra told him to get on with the ticket. In the video we see him ball his fists at his side like a small child who realizes the person he’s trying to bully is not afraid. And then we see him do the only thing a “scary ass cop” (Sandra’s words) would do once realizing he’s powerless. He pulled out his weapon and misused his authority.

But even then Sandra didn’t back down.

So is it possible that while in jail Sandra said I will Lord over my own life before you do? I don’t know. But we must sit with this possibility and the power in it. Many of the ancestors jumped overboard during the Maafa and countless others took their and their children’s lives on this soil during slavery. Historian, Darlene Clark Hine writes that the latter was seen as not only a form of resistance but the highest manifestation of love. And Sandra loved deeply. She loved all of us. But she loved herself too.

Still, is it possible that Sandra was killed?

It’s also possible that she refused state sanctioned oppression and chose her own destiny.

Either way the state took her life.

But regardless, Sandra chose how she’d live it. 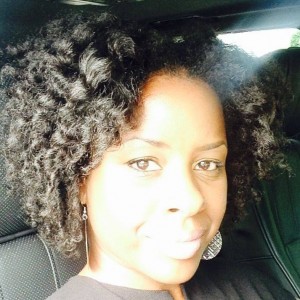 Tamura A. Lomax is an educator, writer and activist. She received her Ph.D. from Vanderbilt University in Religion, where she specialized in African American Religion, Women, Gender and Sexuality Studies, African American and Diaspora Studies, and Black British and U.S. Black Cultural Studies. Her research is concerned with race, gender, representation, religion and black popular culture. She is specifically interested in the ways that linguistic and representational technologies of power construct and institutionalize ideas of race and gender and how these ideas not only establish notions of innate difference, but ultimately affect black women and girls in their everyday lives. She’s also concerned with how structural, communal and interpersonal ideas of race and gender in general and black woman/girlhood in particular get reproduced and exchanged between black religion and black popular culture, sometimes producing and igniting epistemic and/or material violence. She recently published Womanist and Black Feminist Responses to Tyler Perry’s Cultural Productions (Palgrave Macmillan, June 2014), a co-authored edited volume with Rhon S. Manigault-Bryant and Carol B. Duncan, and is finishing up her first single authored monograph, Loosing the Yoke: The Black Female Body in Black Religion and Black Popular Culture. She is co-founder, along with Hortense Spillers, of The Feminist Wire.