Normalized but Not Normal – The Feminist Wire

Home / Family / Normalized but Not Normal

Normalized but Not Normal 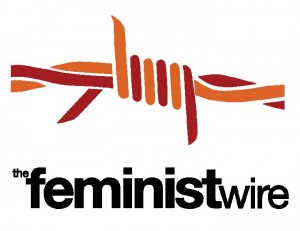 (Editors’ Note: the introduction to the series on #everydaysexualviolence is here. It contains a detailed trigger warning.)

I lived on a tree-lined street, had a dog and a cat that I put bows and hats on, and I went to the local elementary school a block away. I liked to walk to the beach holding my mom’s hand. Most of all, I loved to bike ride around the block stopping at the local liquor store for a Klondike bar. After school I took ballet and art classes; and walked to my piano teacher’s house for lessons I detested. I also played with a number of kids on the block, spending summer days splashing along the mossy creek looking for tadpoles.

This was a normal childhood.

My free time was largely unsupervised, like most children in the ‘70s. The neighborhood kids would climb trees, put on plays, and explore the creek for hours until sunset. Since many of us were latchkey kids, our neighbors were our community and served as the “village” that helped raise us when our parents weren’t around. My favorite neighbor lived two doors down in a tiny converted garage. He worked as a waiter and substitute Jr. High-School teacher. His name, as I knew it, was Tarzan. His little black dog: Cheetah. I loved exploring his little home as every available surface from the side arms of the sofa to the top of the stove was covered in seashells. I loved visiting with Tarzan. He always gave me candy and a hug.

If I sat on Tarzan’s lap, he’d give me a penny to insert into the shiny silver slot of a bright red gumball machine so that juicy colored balls of gum would pour out.

One day, my mom came home from lunch expecting an empty house. Instead, she found Tarzan riffling through my sister’s underwear drawer. I don’t know much about what happened after that, but the cops came, my mom wouldn’t let me play with him anymore and I wasn’t supposed to talk to him. All I knew was that this nice man was being badly treated. I was 7 years old.

That didn’t stop Tarzan. Eventually, my mom had a restraining order put against him for he tried to break into our house claiming it was under “good neighbor” pretenses. My mom had no power to get him to move out of the neighborhood, so his stalking persisted. It was only until he had a violent altercation with his landlord that he was finally evicted. After he was gone, we still got Christmas cards from Tarzan. One was with him in a Jacuzzi flanked by two bikini-clad women on each side. Another was a photo of him in a trench coat with no pants on, back to the camera as he imitated a flasher in front of a large public sculpture. In his note he reminded us to expose ourselves to art.  I didn’t think this was strange.

Through-out my childhood it was not shocking for me to walk by a car and see a guy jacking-off, to sit at the beach and see a guy spreading his legs so his penis casually hung out of his shorts, or to walk with friends and see a man standing naked in the middle of a large picture window.  When it happened, I just looked the other way. If I was with friends, we just laughed.

This was my childhood. And this was normal.

I never considered what happened to me as a kid, especially my molestation, as harassment or assault. “I wasn’t raped or kidnapped. It’s no big deal,” I convinced myself. Yet, I’ve felt ashamed my whole life, even though I knew I had done nothing wrong. I thought molestation only happened to me. So instead, I kept quiet. A silence I shared with so many other women and girls, so many of my friends and colleagues who remain silent today. This silence is a prison keeping us captive and isolated from each other and the stories we have in common.  These are the stories that will liberate us from thinking this is acceptable.

A couple of years ago after my relationship ended, I found myself living alone for the first time in my life. I began having nightmares that I was being attacked in my bed–very vivid nightmares. A man was on top of me.  This man looked a lot like my molester, and like my molestation, in my dreams I woke up from a deep sleep to my own sexual assault. Soon after, I started having panic attacks that were so bad I would pass out. A sensory reminder of my childhood—a smell, the ringing of wind chimes, a memory from that time—always triggered the attacks. That is when I broke my silence. I told my dad, who was quite close with my assailant. I feared he wouldn’t believe me in an effort to maintain the status quo. But he did believe me. And so did my sister, my mother, and my friends. I soon noticed the women I told had stories of their own. That was when my healing began. I learned I haven’t been alone. I wasn’t dirty. I don’t have to be ashamed of my sexuality.

The more I share my experience with other women, the more the veil of shame and blame is lifted for us all. Sharing my story has become a political act. If we keep sharing we can squash the debilitating culture of silence that empowers thousands of perpetrators across the globe. I’ve learned that the men who love us, the ones that know our stories, they feel shame too–for they couldn’t protect us. I know that’s how my father and my partner feel. These men are ready to support us in this journey, for it allows us to no longer fear them and suspect their motives. Studies claim that 1 in 4 women have been raped. But how many of those women have been molested? How many have been harassed? How many have been sexually threatened? I dare say all of us. What happened to me is not an anomaly. It’s a legacy and it can end.

Pia is an anti-racist, feminist activist, writer, educator and media literacy pioneer.  She has over 20 years working in youth development. From Harlem to Hawaii, Pia has led presentations to hundreds of teachers, youth workers, and youth on the impact that systemic oppression and media representations have on the health and educational outcome of young people, especially girls and youth of color. Also, she has worked with and/or advised the Department of Education, PBS, the National Endowment for the Arts (NEA), and the Independent Television Service (ITVS). She is the founder and editor of Adios Barbie, the first body image website to expand the conversation beyond size to include feminism, race, age, ability, gender identity, sexual orientation, and sexuality. Her work has been mentioned on numerous media outlets including MSNBC, BBC 4, The New York Times, Forbes, Al-Jazeera, Seventeen, Fitness, Glamour, among others. Pia has also appeared numerous times as an expert on CNN’s Headline News (HLN) and Huffington Post Live.