Blood (Orange) on the Tracks – The Feminist Wire

Blood (Orange) on the Tracks 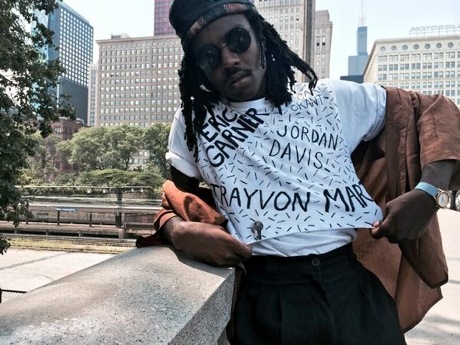 I have been listening to the new Blood Orange album, Cupid Deluxe, twice a day for the past few weeks.  A friend suggested it for the emotional trauma I was then, and still am, living through.  This week I have been arriving at work late, still jet lagged and exhausted from two weeks on the West Coast.  I put in my headphones and am greeted by the first track: drums and bass, marimba (?), a man’s falsetto, barely a whisper, moaning, grunting, leaning into the song, before he is joined by other hushed voices, all female.  I have been feeling relationships slip through my fingers this summer, pulled away by forces beyond my control.  I arrive at work, the past few months sitting in the pit of my stomach, heavy, until Dev whispers in my ear, and I smile.

If giving left me lonely / if giving was my friend

I don’t know if Dev Hynes, aka Blood Orange, purposefully wrote a triumphant breakup album, but that is how so many of us are reading it.  The music is firmly rooted in soul, funk, and disco but the lyrics are cryptic and pained.  The songs never quite arrive where you want them to, but that’s precisely their beauty: they leave you longing for more.  The album, the entire project, is ephemeral, fleeting, neither here nor there, impossible to pin down.

This  Saturday Blood Orange performed in New York at Summerstage, Central Park’s free summer concert series.  Hynes, who is from London, has lived in NYC for years.  I can feel this city, the strange confluence of everything and nothing at once, in his music.  In New York, I can often feel like a whisper in a hurricane.  Saturday night, Dev smiled as he walked onto the stage, the sky just giving way to darkness, and his sense of homecoming was palpable.

The venue feels small and intimate, the stage always close, and yet the space is expansive, with trees and sky and nature ever encroaching.  You cannot see tall buildings from here.  Dev comes on stage and the music starts, soft and mysterious and thrown out to the open sky. The music drifts back and forth between the ultra-modern and the distinctly referential.  And Dev, in his all-blue track suit and hat, moves languidly across the stage, oddly fluid even in his pelvic thrusts.  He appears to be all arms and legs, double jointed.

Except for that brace, ominous, on his left leg.

He can sing, Dev.  He can wail, and he does, but always with restraint.  The harmonies are tight, mostly Dev and two or three female backups, occasionally joined by the sax player.

In the crowd, we move, but never quite dance.  The music pushes, but never quite arrives.  We sing along, mouthing every word.  We all inch closer to the stage, leaving a fifteen foot empty space at the back for two very drunk white girls to dance in wildly.  Most of the rest of the crowd is white too, which is not a surprise; it seems that black art is often subject to white consumption these days.  The surprise, really, are the four Bros, tall and thick white dudes smoking an obscene amount of pot and singing along louder than anyone else.  They are wearing T-shirts made with Dev’s lyrics on them.  They hold each other.  They sing to one another.  The bromance in the air is a spectacle.  The rest of us just move, just talk, just stand, not really here and not really there, and take in the music together.

Reviews have referenced the heartbreaks of Dev’s past few years.  There was the East Village apartment, and puppy (Cupid), lost to fire.  There were the hits he penned with Solange and Sky Ferreira, and the fact that he then fell out with them both.  But Saturday night, another tragedy was visible: on August 2, Dev tweeted that he and his girlfriend were assaulted by private security at Lollapalooza.  He tried to step in as they were touching his girlfriend; he ended up assaulted by three private security guards.  Five days later, Dev posted a picture to Facebook; he is in a wheelchair, a brace on his left knee, middle fingers flying.

I’m everything you need / put all you need in me

Dance, house, rock, we know how to move to that.  How do you dance to heartbreak?  How do you sing along with a whisper?  What happens when soulful and sensitive music that is normally pumped directly into your years is instead recited out into not only public, but into open air, into the best nature we have on this island of concrete and steel?  Every time I love and then lose, the pain feels uncontrollable, personal, impossible.  Cupid Deluxe has made my pain feel universal, shared.  Dev’s falsetto floats up.  I smile.  The guitars and bass float up.  I cry.  The reverb-ed keyboards float up.   I move forward, perhaps in an attempt to find the air that has been sucked from the space.

I’m nothing if not subtle

Except for the moment when Dev’s falsetto falls away, when he speaks, yells, does everything but whisper.  The concert is almost over.  Dev’s falsetto gone, his voice shockingly deep, his consonants harsh.  “I wasn’t going to talk about this…”  A rhetorical whisper.  But then he does.  He speaks their names, and loudly.  Trayvon Martin.  Eric Garner.  Jordan Davis.  Oscar Grant.  And now, and now: Michael Brown.  And of cops, he says says “I fucking hate them!”  And he puts his middle finger in the air.  His backup-singer, a blonde white girl, Samantha Urbani (Dev’s girlfriend), is wearing a dress that says “Film Police 4Justice + Peace,” and she does not shy away as he speaks.  No one on stage does, black or white or brown.  I shout out into the night sky, let my voice and heartache sing out in the air.  Faces turn to look at me.  There is scattered applause, loud and angry or entirely absent, across the crowd.  I try to look into the faces of the white Bros.  One is taking a selfie with his girlfriend.  And still, Dev speaks. He speaks of the pain in his left knee and the hurt in his heart.  And then, his voice almost laughing and still louder than a whisper, he says “I gotta sing some more.”

He speaks again in an interview days later: “You don’t want it to be real, but it is.”

Are you the one who breaks my / heart out of my chest?

I gotta sing.  But the air in Central Park had changed.  The ephemeral music felt more like seething anger, and I saw Dev’s hurt, which bleeds out of each track on Cupid Deluxe, no longer as the simple product of romantic pining but also as the outcome of a heart broken over and over by violence and loss, interpersonal and systemic.  We did not feel far from the Bronx (Amadou Diallo, 41 shots), or Chicago (Rekia Boyd, 5 shots), or that Jamaica Queens underpass (Sean Bell, 50 shots), or Ferguson, Mo. (Mike Brown, 6 shots).  Losing love is one type of heartache, universal.  Listening, we feel it now.  Losing life to police bullets, risking limb to be black and in public, is another type of heartache.  Listening, we feel it now.  Cupid reminds us that we are not alone in our pain.  Maybe that’s why the album makes me smile, cry.  Maybe once you’ve screamed all you can, all that is left to say must be whispered in falsetto against rhythmic guitars and reverb-ed keyboards, proffered out in tight four-part harmonies to the wide open New York City sky, the air chilly as a new fall approaches, leaving us breathless, pulling us toward the stage, singing but almost entirely unable to dance. 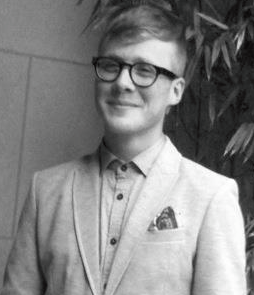 Joseph Osmundson is a writer and scientist based in New York City.  His writing has appeared at The Rumpus, Salon.com, Gawker, and he will have an essay included in the upcoming collection The Queer South.  He is an Associate Editor at The Feminist Wire.

Related Items
← Previous Story Hoods Up, Hands Up: Against the White to Bear Arms
Next Story → Burying Our Babies: Letter from Los Angeles to Ferguson