Op-Ed: All the News Fit for White Men: Why Journalism is Failing America – The Feminist Wire

Home / Education / Op-Ed: All the News Fit for White Men: Why Journalism is Failing America

Op-Ed: All the News Fit for White Men: Why Journalism is Failing America

If you want to know what kinds of news Americans consume in their daily lives, just ask a white man. He probably picked it for you. 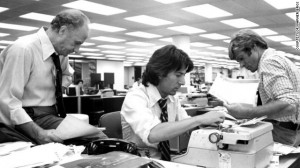 Despite decades-long efforts by news companies to increase the percentage of women and minorities working in newsrooms and quoted in newspapers, the efforts have largely failed. The reality is the bulk of our information about the world still comes from the perspective of white men.

It’s difficult to argue with the facts:

This saddens me, because I understand the effects of media framing. The world we live in – and what we perceive it to be – is largely created from the mass media images we see from the moment we become sentient. Heavy media use has been found related to lower body image, mean-world syndrome, exaggerated fear of crime, and political polarization.

This is our world, created and perpetuated by white men. Research in gatekeeping theory is clear: News decisions are subjective and influenced by the demographics and attitudes of the gatekeepers who still influence the flow of news and information today.

This also saddens me as president of the Society of Professional Journalists, and as a former newspaper reporter and editor who no doubt contributed to this white-male world frame. Our trade organizations have tried for years to improve diversity in journalism. It’s extremely frustrating to actually lose ground.

It’s also difficult to watch the anecdotal setbacks, such as the recent ouster of Executive Editor Jill Abramson from the New York Times, that venerable national newspaper of record nicknamed the “Gray Lady.” I don’t think the decision was tied to her gender, at least from what I’ve been told by insiders, but it doesn’t help the cause.

Some industry leaders point to the universities, saying news organizations would hire more women and minorities if they were available. Yet, the statistics don’t bear that out.

About 51,000 journalism and mass communication majors graduate each year in the United States. Of those, 71 percent of them are women and 22 percent are minority, and most get work when they graduate, according to annual surveys by the University of Georgia.

I see that in my own school, the University of Arizona School of Journalism. Three-quarters of our journalism students are women and 32 percent are minority. We recruit heavily and have hosted a summer workshop for minority high school journalism students for nearly 40 years. A majority of our faculty are women, including a longtime female editor we hired from the New York Times. This is pretty typical of college journalism programs today.

Indeed, research indicates that starting journalists are usually evenly split between men and women. Young classes of journalists actually start out quite diverse. Today, we should have a robust mix and diversity of journalists.

I believe cultural norms within journalism drive women and minorities away.

Research on why women leave journalism is pretty clear. The media industry has not been very supportive of women and families. Graduates find that half their media employers don’t provide maternity leave and only about 20 percent provide assistance for child care. 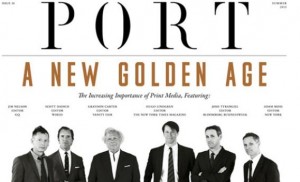 The hours can be long, erratic, and stressful. Newsrooms have been cut by a third, some in half, during the past 10 years, and job satisfaction has sunk to new lows.

It’s no surprise that women would flee news careers if they wish to start a family. Or even if they don’t want a family, or if their spouse chooses to take the bulk of the child responsibilities, some women leave because they don’t feel included in a male-oriented newsroom culture.

Will this change? I believe it will. Newsrooms have evolved immensely during my career, and momentum is picking up. They are becoming more supportive of women, families, and diverse employees, such as providing more flexibility for observance of religious holidays. Little victories.

As new media models emerge to support news, pressure should ease on stretched-thin news staffs. Women and minorities currently in newsroom leadership roles will be more likely to foster improvements over time.

A changing face of American media will result in more diverse sources in print, video, and online. News decisions will change to reflect those in power in the newsroom, and subtly we should see shifts in what we learn about politics, social issues, and the world around us. 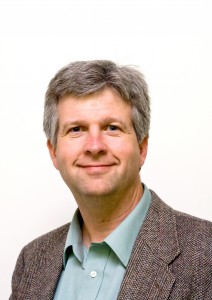 David Cuillier, Ph.D., is director of the University of Arizona School of Journalism and president of the Society of Professional Journalists, the largest organization of journalists in the United States. Before entering academia in 2006, he was a newspaper reporter and editor in the Pacific Northwest. He can be reached at cuillier@email.arizona.edu.