Feminist Critique: A Legacy of Transformation – The Feminist Wire

Feminist Critique: A Legacy of Transformation 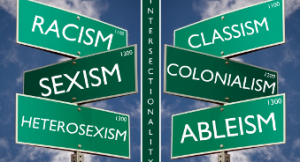 Criticism and self-criticism are the way in which individuals united by common goals can consciously utilize their differences and limitations, in order to accelerate their positive advance.  -James and Grace Lee Boggs, Revolution and Evolution in the 20th Century

It was February. It was a Sunday. It was 2010. I was hidden away in my school’s science center, hunched over a small, round table, drawing my pink highlighter over almost every other sentence printed on the white pages of the paperback book I was reading: bell hooks’ Feminist Theory: From Margin To Center, second edition.

The book had been assigned to me for class, but after reading the first page I didn’t care what the assignment was, I was reading the entire thing. On that day, I became a Feminist, big fat capital F. I was nineteen.

From hooks I learned that criticism is essential to the feminist movement. Though she says that historically, critics of the movement were considered traitors, Feminist Theory proves how much the movement has to gain from offering productive critique. As a feminist in the twenty-first century, it is hard to imagine a world without the influence of hooks’ criticism. As an individual, I learned the purpose of critique, not only as a way to check and re-check my privilege in order to honestly work for a more equitable world, but as a means for evaluating, clarifying and strengthening the feminist movement.

Now, when questions arise for me about the foundations of feminism, I do what I always do – I ask bell hooks. As a feminist, I turn to bell hooks like the ancient Romans flipped the pages of Virgil’s Aeneid for spiritual guidance, Yogis to Patajali, or Catholics to the Bible, because bell hooks’ Feminist Theory was the ABCS of my feminist movement, the building blocks of my critical lens.

For months, I’ve been wondering, what is the role of criticism for the feminist movement? What can it achieve, what can’t it? How can criticism be presented, received, and moved beyond? How do we know when it is time to move beyond it? In 2014, looking to bell hooks reminds me of the legacy of criticism in the feminist movement. It also helps me understand its role and value for feminists today. In this essay, I turn to her for insight on how to present, hear, and move beyond critique. I then turn to the work of Audre Lorde, specifically her “Open Letter to Mary Daly” (1979), as an example of critique that propels the feminist movement forward.

I look to hooks so vehemently because Feminist Theory is itself a work of criticism. As she says in the preface to the first edition, “I explore the limitations of various aspects of feminist theory and practice, proposing new directions” (xvii), arguing that “internal critique is essential to any politics of transformation” (xiii). After all, sustained bonds of a feminist movement can only happen once “divisions are confronted and necessary steps are taken to eliminate them” (44). She does not say this to erase the varied experiences of individuals, nor the myriad ways in which racism and classism intersect with sexism. Though she does offer critique as a way of bridging divisions in order to sustain the greater movement.

hooks also reminds readers that critique has been as central to feminism as the movement’s work to overthrow patriarchy. hooks points out, “There has been no other movement for social justice in our society that has been as self-critical as feminist movement. Feminist willingness to change direction when needed has been a major source of strength and vitality in feminist struggle” (xiii). hooks shows that willingness to critique and change directions is precisely what defines the feminist movement. Even more, evaluating and adjusting is not only necessary – it is a source of strength for the movement.

hooks goes further to offer insight as to how feminists should interact during critique. First she suggests that critics should acknowledge their unity under a common cause if not by common oppression. Second, a mindful approach is key. When working against a sexist world, in-fighting is our worst enemy. Giving feedback in a hateful manner is only a result of patriarchy, a structure that has taught women to be ‘natural enemies’ because we “cannot, should not, and do not bond with one another” (43). As such, there is a need for balance in the approach.

This is not to say that anger has no place in criticism. Rather, it is to inquire as to the purpose of the anger. hooks does not condemn hostility as a tool for moving forward. Instead, she clarifies, “Expression of hostility as an end in itself is a useless activity, but when it is the catalyst pushing us on to greater clarity and understanding, it serves as a meaningful function” (66). The goal has to be growth, both on the part of the critic and the receiver of criticism. hooks offers definitively: “Women’s legacy of women-hating, which includes fierce, brutal tearing apart of one another, has to be eliminated if women are able to make critiques and engage in disagreements and arguments that are constructive and caring, with the intention of enriching rather than diminishing” (65). hooks continues embodying this approach to this day. In her interview with Stephanie Troutman on The Feminist Wire a few days ago, she mentions a point of disagreement with Beyoncé over her song “Drunk In Love.” Though they disagree, hooks says, “In the spirit of sisterhood, I embrace her use of the term ‘feminist’- it’s a starting point; it gives us something to work with.” hooks acts out her own theory, acknowledging a shared starting point with a fellow feminist she critiques and offers her criticism in the interest of greater understanding.

On behalf of receiving criticism, hooks asks feminists to understand the difference between necessary disagreement and hateful critique. Women need to “accept that we are different, that we will necessarily disagree, but that we can disagree and argue without feeling that we stand to lose all self-esteem by verbally trashing someone else” (65). It is the responsibility of the critic to offer constructive feedback to better the movement. The purpose should not be to cut a fellow feminist down. Critique could indeed reach the receiver at a personal, individual level. Of course, a checking and re-checking of privilege is essential if the feminist movement is to survive. Furthermore, women who receive critique must understand that they “do not stand to lose value or self-worth if they are criticized” (65). But I have to add, there is a limit to criticism, regardless of how necessary it is. Ideally, criticism should be presented with an understanding of dedication to a common goal: the end of all oppression.

An ideal example is Audre Lorde’s “Open Letter to Mary Daly,” (1979) in which she points out the perpetuation of oppression of women of color in Daly’s book Gyn/Ecology. Lorde asks hard questions of Daly, such as “Do you ever really read the work of Black women? Did you ever read my words, or did you merely finger through them for quotations which you thought might valuably support an already conceived idea concerning some old and distorted connection between us?” Lorde spells out the impact of the erasure of women of color, not only as a perpetuation of racism, but as a weakening of the feminist movement by creating further divides among women on the basis of race, and reducing the strength of her own argument. But Lorde also acknowledges the common ground between her and Daly. She writes, “I believe in your good faith toward all women, in your vision of a future within which we can all flourish, and in your commitment to the hard and often painful work necessary to effect change. In this spirit I invite you to a joint clarification of some of the differences which lie between us as a black and a white woman.” She ends her letter from a place of understanding. “I ask you to speak to my perceptions” she writes. “Whether or not you do, Mary, again I thank you for what I have learned from you. This letter is in repayment.”

Lorde’s letter shows that the purpose behind interrogating Daly’s racism is a hope for propelling the movement forward. She writes, “To imply, however, that all women suffer the same oppression simply because we are women is to lose sight of the many varied tools of patriarchy. It is to ignore how those tools are used by women without awareness against each other.” Though Lorde considers a ‘war’ against Daly, and ‘destroying Daly from her consciousness,’ she still insists, “in order to come together we must recognize each other.” This is a way to move more gently in critique – and allow critique to take us deeper in building a truly transformative feminist movement.

As the work of hooks also shows us, the feminist movement gains clarity from critique. When we gain clarity, we gain greater strength, moving us closer towards the goal of ending all oppression. But there is a limit to the powers of critique. As feminists, we can begin with critique, but we should not stop there. The real work is in the activism: the acknowledgment of feminisms, the connection across differences, the relentless reassessing, the continuous evolving, the perpetual improving. 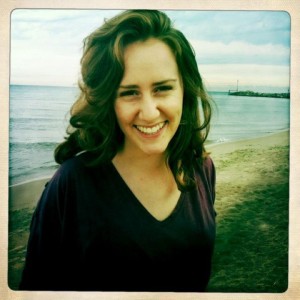 Claire Tighe is an ecofeminist activist and a coffee addict. Her previous work has appeared at Bedsider.org, PolicyMic, and Women, Action & the Media. This is her first piece for the Feminist Wire. You can talk to her about vegan stuff and biking @ecofeminismo.