Beyond Critique: An Introduction – The Feminist Wire

Home / Activism / Beyond Critique: An Introduction

Beyond Critique: An Introduction 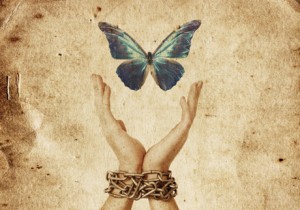 We envision this forum as a way to map that terrain beyond critique in the means and moment we share.  We hope to build authentic dialogue and connections among the many people practicing feminism on this rich ground; to respect difference and difficulty as sacred, not as barriers; to model a multi-genre, perhaps even multi-register, address into the vast field—and listen for echoes or new voices from an entirely different entry point.

“Beyond Critique” emerges from a signal flare in the wilderness.  In late January 2014, a stack of blog posts and online articles, as well as cumulative offline conversations, opened a conversation about moving beyond a critical mode in feminist activism.  Susannah sent a late-night email and, after dialogue with Stephanie and Duchess, this forum arose from our shared, practical need to build a community and a strategy that creates something beyond our focus on the daily cycle of toxicity and hassle.

We are conscious that, as many online forums demonstrated in 2013 (especially around white feminism), trying to push past anger or critique can mask or betray a push for derailment and privilege.  Some false calls to stop criticizing and start building, especially when they arise from privileged communities or individuals, have their roots in discomfort, disapproval, unacknowledged difference, or hatred and violence.  How many feminist conversations—especially addressing race and racism, trans* hatred, or class divides—are derailed by the call to reduce negativity, to build unity, to stop being so disagreeable?  We acknowledge the challenge of a “beyond” that does not re-create this false narrative–as we hold fast to the conviction that moving “beyond” can be expansive, not restricting; and to a joy in the micro-coalition we have built together before and during the process of creating this forum—which we hope is only the beginning.

As stated in the call, we want to be “about turning the corner and feeling the expansiveness of the full field of feminism.”  We received a range of voices, from visionary to conversational to diaristic and academic.  Many of this forum’s contributors took on the pain and struggle (personal-social-institutional) directly, addressing the deaths of young black people, the challenge of international and cross-cultural work, or the conflicts of patriarchal households.  Some contributors look beyond the material realm, finding transformational politics and energies in non-ordinary experiences.  Finally, some contributors shared projects and texts that move “beyond critique” of existing systems for queering sexual violence or performing embodiment in culturally affirming ways.

In each author’s work to clear a patch of this field, we find the sweat of hard labor, the adrenaline of worked muscles, the cooling calm of a friend with water and the transcendence of the beating sun.  The pieces in this forum speak of deep ambivalence—internal and with respect to external phenomena.  They speak of attending to wounding.  They crave collectivity, a safe space, and land in their respective braveries.  We hope your participation in this forum builds feminist community, renews your energy, and proliferates the signal flares across this open field.

We chose the Feminist Wire as a venue that already offers this space: the joy, depth and thoughtfulness we each work to build.  As so many others do—after the call, we discovered Ana Louise Keating’s Transformation Now!, a text inviting womanist and feminist movements to develop post-oppositional politics. We also found Mimi E. Kim’s article “Moving Beyond Critique,” about Creative Interventions’ work for restorative and community-based modes addressing sexual assault.  We make no claims to be breaking new ground, however we hope to continue/expand a dialogue. Join us and consider your own ways to move “beyond critique” in your personal, work, activist, and love spaces.

Susannah Bartlow is director of the Gender and Sexuality Resource Center at Marquette University in Milwaukee, Wisconsin.  She teaches in Women’s and Gender Studies and English and is currently at work on two writing projects—scholarship on white women’s subjectivity in contemporary literature of cross-racial coalitions and a creative project (titled “Survival”) about personal and institutional liberation from gendered and sexual violence.  Susannah was also the founding Director of the Women’s Center and contributing faculty in the Department of Women’s and Gender Studies at Dickinson College in Carlisle, Pennsylvania.  She is a member of the Milwaukee International Women’s Day Committee, the Anti-Racism/Anti White Supremacy Working Group of the Women’s Center Committee of the National Women’s Studies Association and the Consortium of LGBT Higher Educational Resource Professionals.   She earned a bachelor’s degree in English from Bryn Mawr College, and a master of arts and a doctoral degree in English from University of Buffalo.

Stephanie Gilmore is an award-winning educator, writer, editor, and activist. She holds a Ph.D. in comparative women’s history from The Ohio State University, where she divided her time as a research assistant in Key West, FL and a managing editor for the Journal of Women’s History. After spending eight years in the academic world, she left and decided to dedicate her passion and talent to ending sexual violence on college and university campuses. She is currently the editor for the Committee on LGBT History and a member of the editorial collective for the academic journal Feminist Studies. She is also represented by Soapbox, Inc.

Duchess Harris is the author of two books, Black Feminist Politics from Kennedy to Clinton/Obama (Palgrave Macmillan) and an edited volume with Bruce Baum, Racially Writing the Republic: Racists, Race Rebels, and Transformations of American Identity (Duke University Press). Professor Harris was a Mellon Fellow at the University of Pennsylvania. She graduated from PENN in 1991 with a degree in American History and Afro-American Studies. Six years later, she earned a Ph.D. in American Studies from the University of Minnesota. She was one of two graduates in a class of sixteen to be nominated for the American Studies Association National Dissertation Prize. She spent her final year in grad school as a postdoctoral fellow at the Institute on Race and Poverty at the University of Minnesota Law School In 1998, Harris joined the faculty at Macalester College. She became the first Chair of the American Studies Department in 2003 and was granted tenure in 2004. She earned a Juris Doctorate in January 2011, and has an expertise in Civil Rights Law.  She was promoted to the rank of Full Professor in May of 2013.  The rank of professor is the highest of the standard academic ranks in the United States, and is held by 29.5% of U.S. academics. Please visit her website to learn more about Professor Harris and her work.