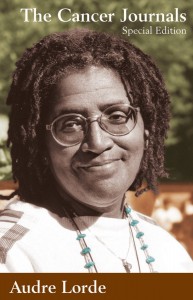 A Black feminist, lesbian, mother, socialist, and warrior poet, Audre Lorde embraced her “outsider” status and wore it like a badge of warrior honor.  But her life changed forever when she found the first lump in her breast. Although that particular lump was benign, she realized a new kind of outsider status—mortality—and her life’s work took on a new meaning and urgency.  When she discovered the second lump and it had a malignant diagnosis, she knew that she had to both come to terms with her fear of dying and incorporate this new and scary situation into a learning experience.  She didn’t allow fear to paralyze her indefinitely. Fear became her personal teacher.

Audre Lorde waged a 14-year battle against breast cancer. When her cancer metastasized to her liver, she entered a new phase of her life and began her quest to inform women of her struggles. How she fought against and lived with the disease was nothing short of exemplary.

Lorde didn’t allow her fear to paralyze her. Instead, she chose to transform her fear into action.  She faced the cancer, consistently dealt with her fears, and the pain associated with the diagnosis, while always moving forward. One pivotal way she moved forward was to research and devour any information she could find on her specific condition to empower herself while dealing with the medical establishment.

After personally waging a successful battle against breast cancer last year, I was committed to learning how Audre Lorde approached her illness.  I believed I followed all of the guidelines established by the medical establishment that lead up to my diagnosis.   I received yearly mammograms after age 40 and have access to excellent health care.  My lump was initially discovered through a self-exam. This was followed by a biopsy and ultimately resulted in a mastectomy and reconstruction of my left breast. But after taking Aishah Shahidah Simmons’ graduate seminar Audre Lorde: The Life and Work of A Silence Breaker at Temple University, I learned that I could have approached my diagnosis a little differently.

I conducted research prior to my decision, but I never discovered any information on alternative treatments, which I found a little disturbing. As Lorde tells us, a woman cannot make an informed decision about her health if she does not have access to all available treatment options.  And like Lorde, I wonder if Big Pharma is intentionally suppressing this information from women for a reason. My specific breast cancer (DCIS) was diagnosed at stage 0 and had not metastasized to any other part of my body.  As a result of that diagnosis, my oncologist and I decided not to utilize radiation and/or chemotherapy. 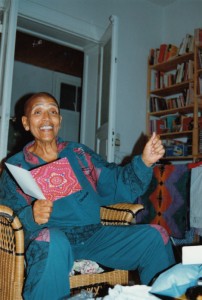 I am forever grateful for the opportunity to learn about Audre Lorde because I know if I am ever faced with another health scare, I will know what questions to ask.  I will know what types of therapies to look for as well as how to identify a doctor who will listen to my needs and concerns without bias.  I credit Audre Lorde’s writings for this knowledge. While I am aware of the genetic links prevalent in my family that have resulted in other health issues for me, Lorde taught me the importance of learning about my family history and how that awareness or lack thereof may affect my health in the future.  Lorde also taught me that African American women have higher mortality rates for breast cancer than white women. I believe that can be attributed to racism both in the medical establishment and society at large. This results in African-American women receiving significantly less access to health care than their white counterparts.  By the time most African-American women are able seek out and receive any form of health care, their cancer is often more aggressive and fatal.

I was already aware that the medical establishment is more concerned with treating symptoms than finding cures. I know that Big Pharma is more interested in the prescription of medications that may relieve symptoms in the short term, while earning billions of dollars. Big Pharma tends not to be supportive of alternative therapies because they do not generate the billions of dollars that prescription medications generate.  Similar to Lorde, I believe that more information about alternative therapies should be made available to anyone who is interested. Most medical schools are heavily influenced by pharmaceutical companies and because of this, medical students are only taught to recognize certain symptoms and treat them.  They tend not to be taught to locate or investigate any underlying problems. I did not realize how pervasive this problem was until I studied Audre Lorde. Reading The Cancer Journals and A Burst of Light, forever changed my life. I have a wonderful relationship with my internist, but Lorde’s writings made me interrogate the wisdom of my internist to confirm that we are indeed in agreement about the best treatment plans for my care. I am now also actively seeking a non-allopathic doctor because I strongly believe that a combination of both holistic and conventional allopathic medicine will work well for me.

I completely agree with Lorde’s assessment in The Cancer Journals that the higher instances of cancer and other chronic illness are the result of toxins in the environment.  The challenge is for all of us is to force federal agencies to implement more restrictions on the use of pesticides and other toxins that ravage our air, food and water supply.  Without any drastic changes made to reduce and/or eliminate these toxins, I suspect we will continue to see higher instances of cancer and other chronic illnesses.

Lorde courageously voiced her experiences with cancer and the medical establishment not only for her own survival, but also to leave a road map for those who will follow. She was a radical educator who left a vital legacy for all women who will be impacted by this devastating disease. 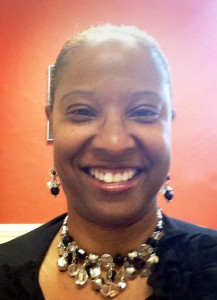 Tanya Christian is a full-time administrator in higher education at a university in Philadelphia PA.  Simultaneously, she is also pursuing a Master of Liberal Arts degree.