Tony picked up Carlos at approximately 11:30 pm on a chilly, snowy December night. Holding onto the hose that would help incinerate a 2002 Impala, Carlos, making a trail in the snow to where the car was parked, began to sweat despite the ten-degree weather. 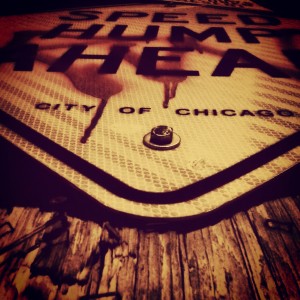 Once by the car, Tony quickly slid the hose into the gas tank as Carlos grabbed the other end of the hose and inhaled as hard as he could, ’til the gasoline poured out. The smell of the thick fuel started to run down the pitch-black street. Tony quickly began putting the hose in a bag and then suddenly heard, “Yo, what y’all think y’all doing?”

They froze. Carlos’ face turned pale and felt like he had thirty cotton balls in his mouth. His eyes closed and a tear gently ran down the right side of his face, freezing half way down, as a nice cool breeze hit his cold red cheeks. Carlos was looking into the barrel of a silver nine-millimeter handgun.

The man with three teardrops on the left side of his face–a representation of how many people he had killed–gripped the handgun tighter, pulled back the hammer, and all Carlos could do was stand. He wanted to run, but his body would not respond; it seemed like his black Jordans were glued to the ground. As the man put his fat long nailed index finger on the trigger, Carlos ran.

The first shot was fired, hitting the car window, directly behind where Carlos was standing. Tony and Carlos jumped over parked cars, rolling and tumbling on windshields and hoods while five rival gang members chased them. Their black hoodies and black jeans helped them blend into the black light that the night reflected, but no matter how fast they ran, the gang members never lost sight of them. Before he could reach the neutral streets–streets with no gang affiliation–Carlos tumbled and fell. He tried regaining his footing, and while turning the corner, the man slashed his back as he also slipped.

Carlos continued running in the cold pitch-black streets, thanks to the streetlights that rarely turned on. He felt the warmth of the blood that dripped down his back to his ankles staining his white socks. As Carlos turned the corner on Hamlin and 28th, one block away from his house and six blocks away from where they began getting chased, Carlos saw Tony on the floor, bleeding from a stabbing on the neck and abdomen.

Carlos ran to Tony, whose teeth began to clench, his muscles began to twitch as he choked on his own blood. Carlos took off his shirt along with tender flesh from his back and used it to put direct pressure on Tony’s wound. Blood soaked the shirt and leaked through Carlos’s fingers. Tony began to shake uncontrollably and continued to gush out blood, as Carlos released pressure to clean the blood off his face.

The police sirens faded in, “Dreams live on, fight for what is ours,” were Tony’s last words to Carlos.

Like them, I grew up gripping 9-millimeter handguns. The only green I saw growing up was tomatillo sauce in the dime and nickel baggies sold around and on the tagged-up houses on every street corner. The tantalizing aroma of cooked carne asada, the smell of rich handmade tortillas and garden-fresh guacamole, fill the air in La Villita, the “village” in a City, as does the smell of bullet shells in the night. The silky scent of flowers produce flashbacks of mothers and fathers placing candles and bright yellow roses on street corners where their child took their last breath. As young boys roam the streets pulling triggers on their male counterparts and villages like mine become war zones, I ask myself what it means to me to be Mexican-American—this hyphenated identity that I unthinkingly ascribe to myself now.

As a first generation Mexican American, with the privilege of attending a liberal arts institution, what new relationships do I form with the village, my village in the heart of an American city made famous by the notorious Al Capone and infamous by its “hood” culture? Now that I kind of belong to privilege, can I at least flirt with the idea of rejecting my “origins”? What would such a rejection do to me and to the people I belong to? Would they and I be happy with me pursuing the American dream? But what is this American dream? Is this dream one of escape to the point of no return? What are the conditions anyway of one’s return to a reality that torques not around reason but reaction—guided by self-hatred and self-decimation?

I am not sure. I really don’t know the answer to any one of the questions I ask above. But I ask them anyway, every day, because I need answers. I want to be answerable—to me. I will let you all know what I come up. Please stay tuned. 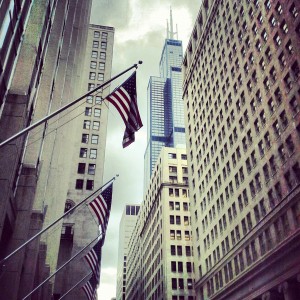 David Rojas, Jr. grew up Chicago, Illinois and graduated from Social Justice High School. He is currently attending Connecticut College as a Hispanic Studies major, double minoring in Sociology and Gender and Women’s Studies, and is also a Posse Scholar. His passion for higher education, social justice, and global empowerment through Hip-Hop have creatively interconnected the development and sustainability of engaging interdisciplinary programs within the Good Life Organization located in Chicago. David envisions himself collaborating with youth from all around the globe in effort to empower other youth to take their voices off mute through the Good Life’s innovative critical pedagogical curriculum. He enjoys coaching/playing soccer and jamming to old school international house/hiphop music.