On December 20, 2013, Adele Wilde-Blavatsky published this essay in HuffPo. Surprisingly, she referred to events that occurred in 2012, from which we’ve long moved on. Her response to the twitter storm (and here) that followed her essay illustrated, to us and many others, her continuing inability to listen to the voices of women of color.

On January 3, 2014, we received an email from “Unrepentant Jacobin,” from all indications a supporter of Wilde-Blavatsky, asking for a statement from us regarding the events referred to in the HuffPo piece. The following is what we sent to “Unrepentant Jacobin.”

“We appreciate that you’ve reached out so that we might clarify from our perspective the events Adele Wilde-Blavatsky refers to in her HuffPo piece. However, we’re puzzled as to the timing of the piece, the inclusion of The Feminist Wire in it, and your own interest in rehashing events from 2012. We are a volunteer-led media site critically invested (in time and resources) in responding to happenings in the world that impact ongoing targets of racism, misogyny, and structural violence. We have already spent a substantial amount of our time responding to the “controversy” you’ve named, and we no longer see the purpose in using our labor and energy for stories that are really orbiting around the needs of one writer.”

Despite our best intentions to let sleeping dogs lie and focus on the needs of many rather than those of one author and her supporters, we are called back into the fray. “Unrepentant Jacobin” has published a new piece attacking The Feminist Wire. There is a considerable level of outrage expressed in this piece (read the comments and also the Twitter feed) about our supposed refusal to engage. This is familiar to us; white people are often very angry when we don’t respond to them on their terms.

The piece, which is racist and anti-Black specifically, is full of universalizing assumptions and discourse. The author, both here and on Twitter, seems particularly to have a difficult time with Black feminists. We won’t engage the broader intellectual issues here. Black and other women of color feminists, transnational feminists, postcolonial and queer theorists, and many others—at our own site and elsewhere—have ably put to rest the notion of universal categories of thought and action. The hard-earned lessons of intersectionality are clearly lost on “Unrepentant Jacobin,” who dismisses diverse lived experiences as “cultural relativism.”

But we do need to address the factual errors in the essay. In rehashing the incident regarding Adele Wilde-Blavatsky, “Unrepentant Jacobin” seemingly relied on information only from the subject herself. Of course, we maintain our own archive, but previously we have not chosen to make public the many, many emails that were exchanged between Wilde-Blavatsky and members of our Collective. We have done so in part to protect our time and focus on our mission, and in part because we’re actually not that interested in “hounding” any particular author, despite claims by “Unrepentant Jacobin” and others to the contrary.

However, we are sharing some details now, because it’s important to us that our readers know where we stand on this issue and where we have stood all along. If “Unrepentant Jacobin” and followers continue to smear our name, then we will have no choice but to make additional materials public. And most assuredly, these will not serve Adele Wilde-Blavatsky’s cause.

It’s important to note at the outset that we work as a Collective. We are a volunteer organization run by a few very busy hands, all of us with “day jobs,” families, and other commitments. Collective members publish their own work. We peer-review all submissions now, but in 2012, we did not do so; then, we relied on trust and a shared understanding among our team that folks on the Collective would write in alignment with our mission.

1.     Two Collective members read Wilde-Blavatsky’s essay, as a favor, after four were asked to do so; they did not read for content, merely copyedits. Neither Tamura Lomax nor Darnell Moore read the essay, at any point, prior to its publication. Indeed, they shared with Wilde-Blavatsky via email that they were too busy to read. That these two Collective members are now singled out by “Unrepentant Jacobin” speaks volumes about racism and a desire to scapegoat.

2.     Wilde-Blavatsky was notified that a response to her essay would appear on our site in advance. She was provided the opportunity to include her own response. She said she would send us something, but she did not, at any time, do so.

3.     We arranged a conference call of the Collective, and invited Wilde-Blavatsky to participate. She declined.

4.     Wilde-Blavatsky was notified of her removal from the Collective.

5.     Wilde-Blavatsky began an online smear campaign, including posting a series of lies and misrepresentations on Facebook.

6.     Tamura Lomax sent an email to Wilde-Blavatsky asking her to “cease and desist” the smear campaign.

7.     Wilde-Blavatsky’s response to Tamura was to issue a legal document threatening to sue The Feminist Wire for damages, including monetary compensation in the UK and the US, if we did not immediately remove unfavorable comments that appeared on our site in response to her essay.

8.     As an all-volunteer organization with limited resources, we certainly could not engage in a legal battle, nor did we have time or energy to respond to ungrounded legal threats. At that point, we made the editorial decision to pull Wilde-Blavatsky’s essay from our site.

9.     The public response from Wilde-Blavatsky and others, including “Unrepentant Jacobin” two years after the fact, has been to lambast TFW as “censors” and opponents of free speech.

At this point, it’s worth asking what Wilde-Blavatsky, “Unrepentant Jacobin,” and others hope to gain by attacking The Feminist Wire. Our readers know that we are open to multiple perspectives and we’re not afraid to engage in dialogue. But here’s what we won’t do: support any endeavor that seeks to maintain white supremacy. 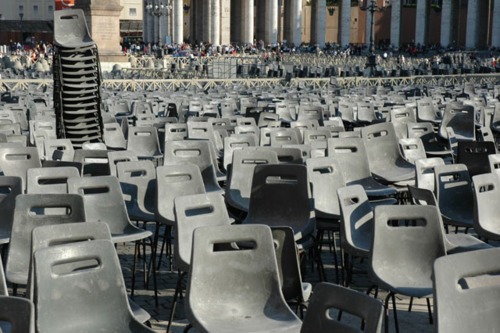 A room full of seats.

And now, back to the work that matters.