I’m home from my last class for the evening, and it’s now 7:30 at night. Before bed I will finish grading my students, prepare a presentation for tomorrow, try to finalize my travel plans for an upcoming conference, hope to eat, and endure the dog who wishes to be walked. I will do most of this from my bed, if I am able to. I was late to class again, by thirty minutes. I was unable to move quickly this morning. The pain of my invisible disability is intense. Along with the physical pain comes a sense of defeat, emotional fatigue, self-doubt, and worries that I’m an imposter. An imposter in illness and in academia.

An imposter, despite the tomes of medical records, the litany of diagnoses, the vault of medications filling my bedside drawers. Maybe I am malingering, I think, as I struggle to pull my pants up.  I cannot help but think this, as over the years it has been said to me in the looks I receive from others when I speak about my pain and disability. The unspoken questioning of my worth that I receive from the able-ist gaze has doubted my disability from the beginning. Much of this I attribute to the intersection of social class, disability, sexism, and identity.

“Are you depressed?” The doctor asks when he finds me weeping in his office. My partner, who has never dealt with illness or chronic pain, stands there with me, confounded. What could cause me to weep so relentlessly? I look up at him, speechless. I have been a feminist long enough to understand the cliché I am now encountering. The doctor sees before him a woman who appears able bodied, twenty-five or so, plump and pink-cheeked — and complains of excruciating neck pain. He informs me that my x-ray has shown nothing wrong with me. That he suspects I am depressed. I am indignant, and I am certainly not depressed. I have struggled hard to make a meaningful life for myself. I have come from poverty and violence, from a family in which both parents are (and continue to be) disabled; I have been a caretaker and advocate for my deaf and disabled sister. Growing up, I was the competent one, the strong one, the hope of the family. I still am. And in this moment facing the doctor, I am not depressed. I am suffering.

The doctor offered an MRI but told me I would pay three-thousand dollars out of pocket. I knew I could not pay for this, and he took nothing else I said seriously. Malingering, depression, drug-seeking behaviors — whatever it was he decided was wrong with me, he easily dismissed me. But not before informing me that he regularly encountered men who had bone-on-bone arthritis, and who endured it without so much as a complaint. I took the shame to heart, without my permission. His authoritative voice had informed me of my failings, chief among them my visible suffering with no visible symptoms. Later, I would learn that x-rays were of no use in examining connective tissue, and that this was what was shattered and severed throughout my body due to the rampant autoimmune disease and the aftermath of a crushing car accident. If my tendons and ligaments were on the outside of my body, shredded like rotting cotton thread, then perhaps my suffering would not be ascribed as imagined. But they are not visible.

It was not until I changed class status, or began to, that my illness was diagnosed and addressed. When I was accepted into a prestigious women’s college, I came to have access to resources, health insurance, and the cultural capital to speak my own experience with less accusation of deceit. During the junior year of my undergraduate term, when I was already in my mid 30s, it became apparent from the MRI I finally received that I was being paralyzed by the crushed vertebrae from my car accident, and that lupus (also suffered by my father) and fibromyalgia (ditto, my mother) had advanced these injuries to the point of emergency. I remember that the doctor who finally read my MRI scans cried — she excused herself to the other room, and I watched her eyes tear as she left. I knew why. My illness had not been visible; I offered only verbal complaint, occasional crying, and expressions of fear over the slow attenuation of my life to a narrower and narrower window of experience. More and more, I had to take to my bed, as my body simply could not endure the pain of sitting or standing.

The surgery was quick, scheduled within a week of the MRI — the MRI I should have had a decade before, when I did not have health insurance, when I was too poor to be taken seriously, when the injury had not progressed so far as to have caused permanent nerve damage in my body. But I did not get the MRI then, and it did not occur until those artifacts of cultural capital — a college degree in progress, a partner with a middle-class background, the refined language of an academic environment — collected around me, rendered my experiences valid and believable, worthy of treatment and attention.

The surgery did not solve everything; the injuries are not curable, and the autoimmune diseases continue to run rampant. What the surgery did do was give me permission to slowly change the narrative of my life and behavior, to move away from my understanding of myself as a lazy, malingering, depressed, and useless woman — a narrative that was not explicitly stated, but which was indicated to me in the words and responses of others. It was a narrative I could not help but internalize over time, a narrative I am trying to release with the statements that I am disabled, that my body needs a different kind of care and attention, that I am not lazy, and that my contributions are valuable.

This has not been an easy transformation. It has been slow, very slow. I recognized the disdain with which the disabled were (and are) treated from my experiences as a medical advocate for my sister and my parents. Their pain is still met with doubt, their treatment dictated by indifference, and their class status still affects how they are read and addressed by the specialists who should be treating them with care. I have learned to wear pearls when I escort them to appointments, to try to pass so that I may present myself as a legitimate member of society, and not one that professionals unconsciously dismiss. I have also learned to hide any physical pains or manifestations thereof that I might be experiencing at the time.

This attempt at passing has done me both a service and a disservice. It allows me access to resources that were denied to me when I appeared to be ill. But it has also led to a continued schism in my identity. It is a mythology that any of us is able-bodied, because physical ability is a passing phenomenon. All bodies move toward illness, age and death. For some of us, our bodies move more quickly in that direction than for others. I suspect that class has something to do with how quickly and how acutely we become infirm at different ages. I cannot say why I became so ill. The environmental toxins and the social violence of my impoverished neighborhoods, the relentless responsibilities of having to work early and hard to contribute financially to my family, and the internalized sense of worthlessness that comes from living in a society that gives primacy to economic power — all of these may have contributed to the stressors and triggers that led to my early and aggressive illnesses. I think there is also something about an absence of agency: being in chronic pain is exhausting, and being in poverty and chronic pain is hopeless. I have witnessed this confluence of factors in the bodies and lives of people I love, and I know it well in my own body.

This is a situation not easily remedied. I live in a radical community, and I am outspoken about being disabled. I live in a community that gestures toward the idea of creating social change and justice, and when I am able I am a part of both direct action and political resistance. I am not always able, though, and I am often lonely. Although my community explicitly expresses an investment in mutual care, responsibility, and social change, not much of this is directed toward those who are disabled.

As our bodies decline, either from illness or from age, individuals may become more isolated; I am interested in finding methods of mutual support and investment in each other, not only at the times in which we have access to cultural capital, in whatever community that might be, but through the full spectrum of the lived experience, which for most of us will inevitably include illness.

It is not only in my community that I experience isolation, despite my attempts to resist it. I am not always able to be my own and only advocate. I cannot always ask for help when I cannot drive or when I cannot shop.  I cannot always express that I don’t want to be alone or that I cannot join others in a bar or café because the environment will be too hard on my body. The isolation occurs also — and especially — in my experience as a graduate student. Although I am registered as a disabled student on campus, and although I have made public and known my disability, I am still met with the gaze of doubt, the able-ist gaze which makes my body either abject or deceitful. I cannot help but notice my own doubt: maybe my advisor is right, I think, maybe I am malingering. I recognize the false consciousness for what it is, intellectually, although I cannot always resist it emotionally.

But it is just this able-ist gaze, the one that looks on my body as abject or worthless and my contributions as questionable, that drives me forward. I will have to make the world I want to live in, and I may not always be able to be my own and only advocate, but I am certainly determined to make my voice a part of the political discourse and cultural landscape. We need a diversity of voices to begin to change the dominant narratives, including those that say women of my status and background have little to contribute as a part of the polity. It is in resistance of these narratives that I persist with a kind of grim determination, that I identify as disabled, and that I fight: first with my own beleaguered body, but also against the disbelief and microaggressions of my professors and peers, in order to make sure that my intellectual and cultural contributions will find a place. 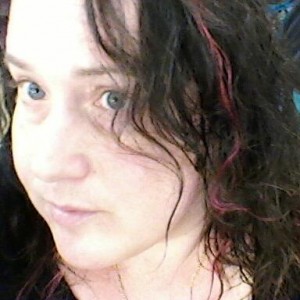 Meadow Jones is an artist, activist and scholar. She is a doctoral student in Art Education at the University of Illinois. She works in the realm of aesthetic theory and practice, focusing specifically on embodiment, empathy, and disability.  She is a founding member of The Good & Weird Arts Collective.

Related ItemsdisabilityHealthMicroagressionsprivilegesexismShame
← Previous Story COLLEGE FEMINISMS: The Synonymy of Disease and Sick: A Critique of the American Diabetes Association
Next Story → War and Disability