Op-Ed: What We Can Learn from the 2014 Winter Olympics? – The Feminist Wire

Op-Ed: What We Can Learn from the 2014 Winter Olympics?

By Guest Contributor on November 3, 2013

Every four years I look forward to the Olympics. To be honest, I’m not ultra enamored with the opening day pageantry and festivities — I watch for the athletes and the competition.

But this year’s Winter Olympics offer us all an opportunity to look beyond sports and athletics and focus on the ways that sports can often highlight and intersect with human oppression. As we move closer to the 2014 Olympics, the oppression and violence directed towards LGBTQ individuals in Russia takes center stage, alongside the determination of who are the world’s best in various sports.

Reminiscent of the 1968 Olympics when John Carlos and Tommie Smith stood in solidarity against race oppression in the U.S., many are wondering what tactics and displays of solidarity athletes will use to ensure that LGBT athletes have the freedom to display their true identities free from marginalization and discrimination while participating in the Olympics.

Athletics has always played a very interesting role in shaping the political and social landscape of our world, and I believe the 2014 Winter Olympics will have a special place in history where sport, sexual orientation, and gender expression come together to remind the world that we all deserve love, respect, and compassion regardless of our own individual beliefs and practices.

So as your watching in awe of the great physical gifts these athletes have and as you ponder the level of hard work these athletes have put their bodies through, think about how these Olympics will be about more than just medals, but the freedom to be who you are and love who you want. 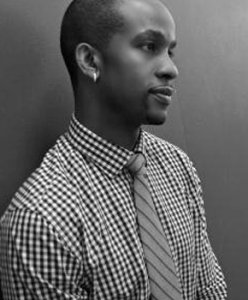 Wade Davis II is a former NFL player and Executive Director of the You Can Play Project. He is also co-founder, along with Darnell L. Moore of YOU Belong.