A Reach That Remains – The Feminist Wire

Home / Family / A Reach That Remains

A Reach That Remains 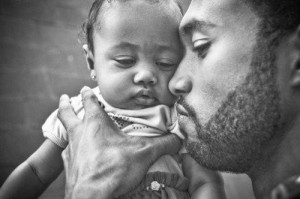 There is a file on my computer saved as “fathers day.doc.” It reads in full:

crossed-legged in the back of the ship:
a silly little mute mosquito.
his brother, a saint,
a faraway focus on wild parquet.

Every time I see it, either if it comes up as I search for another more important document, or, as I rarely do, scan the files and files of poetry I’ve saved on my computer, all I see is a blinking cursor. All I hear, too, is a blink. It’s something waiting to rise but it won’t move without a push.

I was born in 1989, a year after Hurricane Gilbert ravished, as news outlets would say, Jamaica and other islands off the Caribbean Sea and the Gulf of Mexico. They say it was one of the most intense hurricanes in years. Barbadian poet Kamau Brathwaite once called it “Gilbattery.” And dancehall DJ Lloyd Lovindeer is still best known for his song “Wild Gilbert.”

Much like Gilbert, since I was born, my dad was a legend in my eyes. He didn’t raise me, but he existed in yearly trips I’d take to Jamaica, where he lived. He lived in what seemed like the Spring Break Capital of Jamaica, Negril. I would often go during my own technical spring break when my dad was working seven or eight days of the week. I would slap a smile on to my insides, walk around, read, write, eat, disappear.

My father, a black Jamaican who moved to Canada as a teen, spent over twenty years in Toronto. My parents got married and him and my mom spent a short time together and I, even less. My dad moved back to his homeland—our homeland?—when I was five, because Canada, he says, is a “white man’s world.” That’s one of the only things we agree on.

“I knew you’d be different,” my dad told me barefaced one Saturday afternoon while I was visiting him. I was sitting high up in the passenger seat of the Jamaican flag-embossed truck he refused to let any of his employees drive. “I’m happy that your mom raised you in Canada and that I didn’t raise you here, even though I knew you’d be different,” he repeated. Different? I cringed but I knew what he meant. I felt like, around him, my difference had a sweet pungent smell that was like the sound of persistent scratching on bare skin.

Although I haven’t spoken to my dad in over a year and a half, the language we both speak is encrusted with a hushed fleshy substance. We didn’t have a fight. We both just didn’t do anything more or less than what we’d always done. It was a silence, a fizzle and a spark all in the same heartbeat. He was always just barely sort of there but never, ever absent (and I’m adamant about that), so I felt as if I couldn’t trouble his presence for fear it would fade. When I knew he was calling my family, our family, and asking, “What is up with Tia? Why hasn’t she called?,” his presence was untroubled.

It seems as if the way for me to feel safe in my decisions and myself is to separate the before and the after, a temporal jump, you might say, a leap, that felt much like swimming. The metaphorical distance between my dad and me is unpaved. What I remember now is a series of failed sights, where I felt him through constructed image-feelings of black men. It’s a glimmer of recognition in a hurricane, when all you see, no, all you feel is water.

There was the most abrupt occasion, when I felt both the closest and the most alienated from him. I can’t remember when it was. It could have been January or March or maybe it was even two days ago. I’m sure, however, that it was after my birthday. I was repeating “Hello? Hello? HELLO?” on the telephone. Could he hear me? It seemed as if he couldn’t and I was unwilling to read the platitudinous question as something more than my voice cutting out. He echoed my shaky hellos but added an inflection of rage that I imagined too proudly and I hung up.

There was also the chain of my age that was linked together by his voice. He always called. Every birthday. Even if we hadn’t spoken in months. I thought, then, when we hadn’t spoken for almost a year, that things would continue as they always had, in cycles of silence, ritualistic phone calls and pretense. And not too long after that, when it felt personal, when it became a matter of speculation, my range of emotions began to gain momentum. A cascade of hang-ups flooded the instant I recognized I hadn’t spoken to Daddy. It took our lack of communication for me to indeed notice the way my father had been spoken for and had been made fungible in the face of power.

I thus saw him in the class and race war that was New York City government’s ‘10 Ways to Be a Great Dad’ campaigns that I would never sit underneath on the subway.

I saw him again in gossip blogs where 50 Cent, named “Pops New” in his son’s cell phone, allegedly told his son Marquise that he was “fucking crazy.” I was supposed to see the “absent black male” figure but all I could see was myself.

And yet I saw him, in a flurry, while re-reading Joan Didion’s 1991 essay “Sentimental Journeys,” after she had, in February, amidst a jut in the news cycle surrounding the 2012 release of the Ken Burns documentary The Central Park Five, read an excerpt at The New York Review’s fiftieth anniversary. She read:

There has historically been, for American blacks, an entire complex of loaded references around the question of “naming”: slave names, masters’ names, African names, call me by my rightful name, nobody knows my name; stories, in which the specific gravity of naming locked directly into that of rape, of black men whipped for addressing white women by their given names.

I often, too, didn’t see him. I often forget things he’s said or done to me, why I should be angry, why I have a clear. hard. justification. So much so that I can’t relay it back to inquiring minds on why it’s been so long. They’re looking for corporeal, exact evidence of what’s made me what and how I am. When “Dear Dad” became “Dear Diary” which then became something that looked like neither, I knew more about love and I knew it differently. I was trying so hard to spell out sentience.

To know love, I think, is also to know death. When a relationship is speckled by its lack, it somehow brought a form of knowledge that went beyond the legendary worship of my father that I espoused as a child. It’s a reach. It’s an attempt to know the end and to know that, despite the precariousness of his love, our love, it’s there even when I can’t feel it.

I learned about love in places hard to find. In corners. In documents. As a reorganization. At the edge. It wasn’t long, then, if you see the way this story’s written, that I got tired. I found love in despair and in a despair that rots away. It starts like a sweet mango and soon enough, it’s still edible but it’s beginning to wrinkle. The taste, the sweet, is still there.

What it means to survive is written in between the lines and on the very small surface area in between pages that will cut your finger. It took me years to realize that I’ll never know, or perhaps, that he’ll never see it my way. It look me longer to realize that “my way” is as ambiguous a feeling as biting into a wrinkling, spoiling sweet mango. Far away and everywhere, relationships are structured by and through a polyphony of narratives, a drowning love that catches fire. 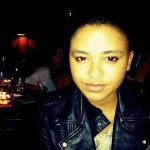 Tiana Reid writes, studies and researches the intersections between black women, literature, history and visual culture. She is a recent Master’s of Arts graduate from Columbia’s Institute for Research in African American Studies, where her thesis, “Seeing the ‘Mixed-Race’ Body: Sites of Inscription in the Work of Adrian Piper and Natasha Trethewey,” won the 2013 Langston Hughes Thesis Award for the Humanities. Her fiction and non-fiction has been published in print and online publications including Lemon Hound, Share, N’Digo, and THE STATE, where she writes a series on crossings, mixing and hybridity. She is on Twitter.