In Our Solitude – The Feminist Wire

Home / Activism / In Our Solitude

Let’s begin with a riddle: What’s something that exhausts itself, yet never disappears?

Self. Others. Identity. Love.

I’m channeling the Sphinx, posing a riddle to reveal matters of livelihood and death, the necessity of sifting through the ways our identities brush up against one another, inevitably hurting, teaching, and transforming consciousness. Our personal articulations of self are constantly mediated by our own actions, and by the actions around us.

Two brothers, Muslim, immigrant, white (sort of white?) stand as the alleged attackers on one of the great ancient celebrations of human perseverance. The U.S. Congress literally shoots down background checks on gun-toting morons, even when you’d think the death of children would sway even the most conservative hearts. A five-year-old is raped in Delhi, kidnapped far from home by her attacker. More than three hundred garment workers, mostly women, are buried under the rubble of a decrepit building in Dhaka.  In both cities, protests swell to grand proportions against violence–intimate and corporate–against women and children.

I cannot take the news sometimes. But still, I read. I watch. I listen to all these points of view, of pundits and survivors alike. I vow to always bear witness. The stakes are too high not to.

What is sacred is often ephemeral. 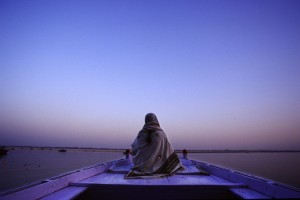 I want to explore acts of withdrawal and return, which characterizes our experience of solitude. The stories of late make me wonder: Where are these solitary monsters secretly living amongst us? Then I realize: One person’s experience of worldly contemplation might very well be another’s nightmare.

Mexican essayist Octavio Paz,* in his essay “The Dialectic of Solitude,” asserts: “Solitude, the very condition of our lives, appears to us as a test or purgation, at the conclusion of which our anguish and instability will vanish. At the exit from the labyrinth of solitude, we will find reunion…and harmony with the world.”

These fine threads trap us in a suffocating cocoon. No one can penetrate our individual, sovereign self. We protect what make us who we are. Everyone else? They’re rendered invisible, yet omnipresent. They are Other.

The tension between Self and Other–so often framed as negative–can be vital, beautiful, and creative.

How do we balance solitude and togetherness? While I am thinking of the larger politics of self-sovereignty and self-care in relationship to community and social movement, my first instinct is to create a parallel to the act of writing and telling. To write, we must be inside our imagination, entering a tunnel alight with images, memory, characters, futures, pasts, conflicts, and redemptions. And while we may write for ourselves, our instinct is to share. The act of passing on our tales lets readers proffer new life to the original story, omissions, reinterpretations, and all.

Audre Lorde** wrote— in one of my favorite pages, ever–on page 112 of Sister Outsider, “Without community there is no liberation, only the most vulnerable and temporary armistice between an individual and her oppression. But community must not mean a shedding of our differences, nor the pathetic pretense that these differences do not exist.”  Her refrain, “The master’s tools will never dismantle the master’s house”—leaves a permanent imprint on anyone who reads her and understands. We remind ourselves of her sagacity as we reimagine our relationships and communities. We know we are all so different from one another. We are as unique as blades of grass, snowflakes, and fingerprints.

And we are baffled—no, we are horrified—when people use the basest form of the master’s tools—guns, bombs, dicks, and closed fists—to explode their despair, their protest and self-loathing, misogyny and bottomless anger.

We tell ourselves, they will not win.

Billie Holiday (and others, including Aretha Franklin, Nina Simone, and Etta James, in luminous versions in their own right) echoes what we’re feeling: I sit in my chair/Filled with despair/Nobody could be so sad/With gloom everywhere/I sit and I stare/I know I’ll soon go mad/In my solitude 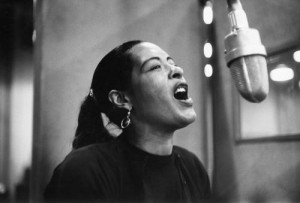 The song’s title, In My Solitude*** resonates. While Holiday’s voice is an aching visitation into the darkness of solitude, there is a space outside of loneliness, heartbreak, or hermitage, where we reside in our self, and discover the first site of liberation. It is a site of confrontation, and regeneration.

I asked my friends: Tell me what you think about solitude.

Their answers: Healthy, but underrated. Medicine. Necessary. Community is illusion. A way to be in the world, yet apart from it. It is not the same thing as loneliness.

Solitude yields freedom. We “define and empower” ourselves, outside of external interpretation. Solitude beckons our creativity outward. We realign with nature, a reflection of the stillness and wonder of rich periods alone. We inhabit our bodies, in whatever shape or ability they possess. Solitude builds interdependence, and allows us to experience intimacy. Our identity is no longer a bundle of categorical twigs, but a network of intricate branches, connecting our histories.

Too much of it, and it alchemically becomes loneliness, when no matter how large and joyous the crowd, we remain impermeably sad. A fierce chasm separates us from just about everyone else. The delicate balance between solitude and loneliness reminds of what a powerful tool solitude is for creation, as well as destruction. In prison, solitary confinement is the ultimate punishment to break a person’s spirit and health.

This is a stark reminder of how dangerous tools of liberation are in the wrong hands. The master steals our tools to build a house of horrors.

You might say: solitude is a luxury, a thing imagined by privileged people, the wealthy, those residing in the Atlantic world.

Solitude is an inalienable right for all. Workers across the global South, the faceless entity of feminized labor, are in a fight for their lives. Bangladesh’s recent tragedy exposes a need to create safe workplace environments. Garment workers’ unionization in the U.S. coalesced after the tragic 1911 Triangle Shirtwaist Factory fire, in which 146 women, mostly Italian and Jewish immigrants, died. Since then, workplace safety, minimum wage, protection from sexual harassment, vacation days, sick days and thirty-minute lunches are workers’ rights. And even then, paid sick days are only a reality for five states in the U.S.

To this day, unions are met with aggression and mistrust. Collective bargaining is a a collective of autonomies asserting their tremendous power.

Taking a break during the workday? This is not a luxury. It’s an absolute right.

“…There is a solitude which each and every one of us has always carried with [them], more inaccessible than the ice-cold mountains, more profound than the midnight sea; the solitude of self. Our inner being, which we call our self, no eye nor touch of man or angel, has ever pierced..”

Unfortunately, Stanton struck out against abolitionists and infamously rejected the 14th and 15th amendments, which would give African-American men the right to vote (before all women could vote). Instead of holding steadfast for a liberatory politic that included everybody disenfranchised by property-owning white men, her concept of solitude focused on the imperviousness of individuality. Such is the repetitive history of different movements, waves, and parties; in spite of being fun words for coming together, exclusion happens based on subjectivity and privilege.

Solitude is not as simple as our individual needs. It is not impervious to other folks in our lives. We retreat into it to become stronger and more attuned with ourselves. Strengthening the self during periods of loss, struggle, trauma, and intense creation makes us aware that we need solitude, as much as we need each other.

(Note: At this point, I’m thrilled that the original riddle has produced an acronym, SOIL, an apt metaphor for the fertile space between self, other, identity, and love.)

*** “In My Solitude,” a jazz standard written by Duke Ellington, performed by Billie Holiday and many amazing others, 1934.

Tanwi Nandini Islam is a writer, youth educator, and performance artist based in Brooklyn, NY. Born to Bangladeshi immigrants in Carbondale, Illinois, she lived in a handful of Southern states before settling in New York. She received her B.A. in Women’s Studies from Vassar College, and an MFA in Creative Writing from Brooklyn College. After working as a youth organizer and Artistic Director of the Bushwick Youth Theater at Make the Road NY, she received the American India Foundation’s Service Corps Fellowship, and moved to New Delhi, India, to continue her youth work. She worked with young women of color on their creative and academic success at a number of NYC based non-profits, including South Asian Youth Action, Urban Arts Partnership, and Step Up Women’s Network. Her writing has appeared in CURA: A Literary Magazine for Art and Action, Escape into Life, Billboard, Brooklyn Bound, Thought Catalog, and Brooklyn Bodega; her play, Nayana’s Passing, debuted at Dixon Place’s HOT! Festival in 2005. Her debut novel, Bright Lines, is forthcoming by Viking Penguin. Follow her@tanwinandini.