The Many-Headed Hydra: A Sentimental Nature Poem – The Feminist Wire 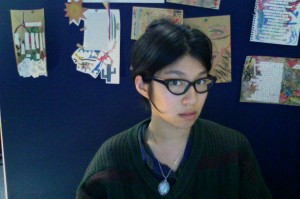 Debbie Hu is from the U.S. and China, and is currently studying in New Zealand.  Her work has been published in hoax, Mrs. Maybe, Moonroot, and Everyday Genius.  Her chapbook, Airy Baby, is being released soon from Perfect Lovers Press. She can be contacted at @debbiehu or dbbie.h@gmail.com.