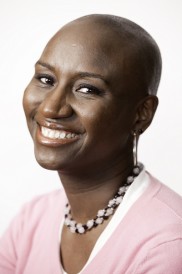 Andrea Plaid is the associate editor of the award-winning race-and-pop-culture blog Racialicious. She is also an associate producer of the renowned web series Black Folk Don’t. Her work on race, gender, sex, and sexuality can be found in the following publications: On The Issues, Bitch, AlterNet, RH Reality Check, Penthouse, Corset Magazine, In These Times, Chicago Tribune, Washington Post, New American Media, and the 2011 anthology Feminism for Real: Deconstructing the Academic Industrial Complex of Feminism, edited by Jessica (Yee) Danforth.  She is also a recurring commentator at Huffington Post Live, and has appeared on GRITtv.  She participated in Harvard’s Feminist Coming Out Day 2011 as a guest panelist, and is the proud owner of A. Magdalene’s Touch.