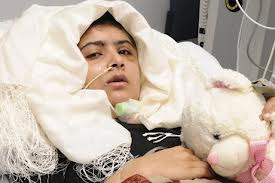 Malala Yousafzai’s shooting galvanized the world, sending tens of thousands of Pakistanis to protest in the streets of Karachi last Sunday.  The Taliban’s open vendetta and eventual near-fatal shooting of the 14-year old education crusader has highlighted education for women across the country while also underscoring the brutality of the Taliban.  While I claim no particular expertise in matters of foreign policy, it is imperative to consider a few unexplored variables in the oversimplified portrayal of one young woman’s struggle for her rights.

I find the violence perpetrated against Malala Yousafzai reprehensible in every way.  As a result, I want to consider how her young body became both the site where the Taliban chose to enact physical warfare and also ideological justification for the very thing it rejects: an American presence in Pakistan.  Put simply, how is the attack against Malala Yousafzai being used to legitimize American imperialism?  In an election year, mourning Malala Yousafzai and celebrating her bravery should cause us as American voters to examine how women are appropriated time and time again in war rhetoric.

As political actors, we must recognize how women’s rights are consistently utilized as justification for U.S. militarism.  Democratic Senate nominee Cynthia Dill from Maine is a prime example of this correlation.  Three days ago, Dill wrote an op-ed in the Huffington Post exuberantly thanking the Obama Administration for “the presence of U.S. troops and allies in Afghanistan” to whom she attributed women’s “growth” and “flourishing of individual freedoms.”  Importantly, Dill’s exaggerated support for the Obama Administration made no connections to the President’s expansion of war efforts in the Middle East.

Since January 2009, over 300 drone attacks have been carried out in Pakistan.  That’s six times the number undertaken by the President’s predecessor, the infamous “war-mongering” President Bush.  Drone attacks are incredibly unpopular in Pakistan. Two weeks ago, politician Imran Khan drew thousands when he led a protest against drone warfare in the tribal region of Pakistan. 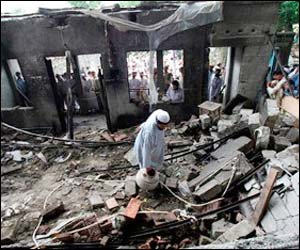 Moreover, a recent study done by NYU and Stanford researchers found that drone attacks “terrorize men, women, and children, giving rise to anxiety and psychological trauma among civilian communities.” The attacks have caused between 400-800 civilian casualties since 2004. Moreover, the study shows that only 2 percent of drone attack victims are said to be top militant leaders. Arguments for Pakistani sovereignty aside, the psychological consequences, loss of civilian lives, and widespread unpopularity of drone attacks needs to be taken in conjunction with the Taliban’s ideological goal of expelling “Western culture” and the rhetoric of women’s liberation.

I strongly condemn the Taliban’s tactics of brutality.  However, I also refuse to condone the American perpetration of needless deaths in Pakistan.  Both Taliban war methods and American imperialism understand what women do, their day-to-day actions, as symbolic of political ideology.  Thus, women’s bodies become extremely important venues for regulation and violence.

In this instance, to fulfill their agenda of “bring[ing] down the West and the United States” the Pakistani sect of the Taliban attempted to kill Malala Yousafzai. However, in so doing they created a cause célèbre who could be taken up in American political discourse to illustrate the necessity of imperialism and militarism.  In both instances, the demonization of the “West” and “East” rely exclusively on using women as little more than disempowered symbols of political ideology.  Further, although women’s bodies are co-opted by both movements, it is important to note that the Democratic Party purports to simultaneously safeguard women’s rights while broadening drone warfare policies that systematically destroy and terrorize communities.  Ultimately, we must heed the ways in which women’s bodies are used as fodder to satisfy political aims.

It is undeniable that innumerable girls are coerced into marriage and face economic obstacles to education. There is more, however, to take into account when contemplating efforts of U.S. militarism.  I urge us all to consider how we as a country have allowed the conversation around schooling for girls like Malala Yousafzai to progress without a discussion of how their stories are used to justify the countless deaths of people across the globe. 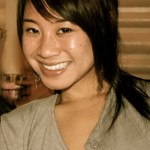 Kim Tran is a graduate student in the Ethnic Studies program at the University of California, Berkeley.  Her work examines refugee communities, transnational labor, gender, and queer studies.  She is originally from San Jose, California, a proud survivor of California’s public schools and universities who aspires to think alongside young people in classrooms and community.