US Poet Laureate Natasha Trethewey (Lesson 3 of 3): On Embodiment at the End of the World – The Feminist Wire

Home / Culture / US Poet Laureate Natasha Trethewey (Lesson 3 of 3): On Embodiment at the End of the World

US Poet Laureate Natasha Trethewey (Lesson 3 of 3): On Embodiment at the End of the World 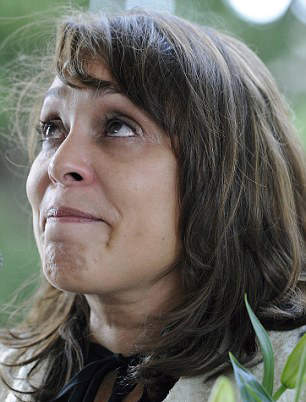 From the series introduction:

When I first met Natasha Trethewey she was a visiting fellow at Duke University’s Center for Documentary Studies and she said clear as day that her mission in her poetry was to do her part to create “a civilization based on justice, not amnesia.”  Oh Natasha, ginseng to our dangerously hazy national consciousness, may your mission be achieved and ASAP!

This poet, in particular opens up conversations about hidden racialized histories in the United States, intimate clarities borne from relationships between African American women, understandings of labor, longing, death, and memory, which are sorely needed in a nation that wants to pretend to be post-racial.   Trethewey’s poetry is anything but post-racial.  It delves deep into the complexity of race, law, hatred, and her love of both her own experience as a multi-racial daughter of people who got married illegally and the national paradigm of race paranoia and hypocrisy in the United States.   In a moment framed by the use of the idea of marriage by conservatives who make life terrible for everyone and the racist projection of liberals that a multi-racial president means life is suddenly wonderful for everyone we need this particular poet more than ever.

Lesson 2: Making the Archive You Need

Lesson 3: On Embodiment at the End of the World or

“A likeness in case the body can’t return”

Many of Natasha Trethewey’s poems take place at the shoreline.   Erosion actually. The place where those of us who have to admit that property cannot exist, that self-possession is a myth, that land is washing away, stand regardless as witnesses.  My favorite theologian, Julia Roxanne Wallace, explained to me that when Jesus talked about his love going to ends of the earth, he meant sharing his love with the most oppressed and most marginalized among us.  Somewhere land may be regrowing, (or maybe those are just landfills like the Great Pacific Garbage Patch).   But those of us who live on the shoreline know, like salt in our pores, the reality of a planet reclaimed by water more and more each day.

In Natasha Trethewey’s haunting “Theories of Time and Space” she warns “there is no going home.”  An especially eerie warning since the Gulfport shore she referred to was destroyed by the aftermath of Katrina mere months after she wrote the poem.  She offers a provisional comfort or an additional threat to the reader: “the photograph-who you were-will be waiting when you return.”   In a way, Trethewey’s poetry functions as that photograph of who we were, an artifact for the future homeless, for the species that may not continue to perceive itself as one.  But in a time when the family photographs of coastal residents have been destroyed and transformed by water and when family photos, like the photos of her mother and stepfather, hide the realities of their abusive households, there is a documentary supplement that poetry must fulfill.

In a time where recognition is (as usual) a major national question, whether it is of same sex couples as legally worthy of shared benefits, of undocumented immigrant families as part of the crucial social fabric of the country, or of any of us as individuals with a right to healthcare, Trethewey’s engagement with openings–from the camera shutter to the barrel of a gun to the drop-off at the shore to the clarity of a bruised human eye–has something to teach us.    In “Flood” she offers a 1927 image of black citizens, called refugees, singing for their lives looking at media cameras and the guns of the National Guard after escaping a broken levee.  Trethewey names them “refugees of history,” connecting them to the 2005 flood survivors, also called refugees and looters, barred from bridges to safety and shot on sight by the National Guard.   Trethewey’s tendency to dig into history and bring up moments when a bi-racial family is haunted by shadows and name calling, when a light enough to pass for white sex-worker is recognized and criminalized by a white brother client when she leaves her zone, when a field full of dead black Union soldiers lay unclaimed and unburied by the Union general, or worse, when retreating black Union troops are shot by white Union troops, is instructive.   What is embodiment at the end of the world?  How will we recognize each other as a species?  How can our species continue to take space on the planet if we will be mindful neither of our impact on the land nor of our connections to each other?

Anoriginal Ending: The Death of the Mother

In a lecture in a University of Maryland poetry class in 2011, Natasha Trethewey explained that she started writing what she called “bad bad poetry” as a college student as a way to process her grief when her mother died.  In her award winning collection Native Guard, she publishes what I would affirm as “great great poetry” about her mother, which she began to write in her forties in order to address the strange experience of outliving her mother–as in living longer in her own body than her mother had lived.    In Native Guard Trethewey engages the abuse her mother experienced, the KKK terrorism her inter-racial family experienced, and other intimate moments like saving narcissus flowers in a jar for her mother or noticing anthills on her untended grave.  What Natasha Trethewey offers as a shoreline witness to her mother’s experiences, legacies, and absence is actually crucial for us as a species on a deeply abused planet, which we are making more and more toxic through tracking and other violent practices.  The questions for Trethewey about the loss of her mother and her complicated motherland, Missisippi, are questions for all of us as we decide what it means or does not mean to be alive and embodied here at this shoreline on a planet that could possibly shift us off and away from the shore.   May we take this opportunity for reflection and transformation from the example of our deep, brilliant, and sometimes blunt southern black, mixed-race woman Poet Laureate?  May we leave a picture of who we were that might imply a future complicated enough to breathe?

Related Items
← Previous Story Women Ages 50-64 Hardest Hit by Recession
Next Story → Coming Out or Inviting In?: Part I