Transfeminism: Speaking My Truth to Power – The Feminist Wire

Transfeminism: Speaking My Truth to Power

Is there a ‘trans feminism’? And if so, what is it? Given that feminism itself is such a charged subject and transgender identity is a contested domain, that question is a productive one even if one not easy to answer. 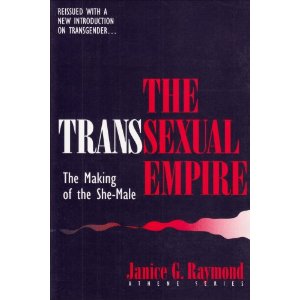 It was in graduate school (1988-94) that I first came to feminist consciousness, but it was unfortunate that the first feminist writing I encountered on transgender identity was “The Transsexual Empire” by Janice Raymond. In Raymond’s imaginary, transgendered women are nothing but female impersonating rapists, males attempting to ‘appropriate’ female bodies and feminine gender identity. Reading Raymond set me back several years, but when I read Michel Foucault for the first time, I understood that it was Raymond herself and not I who was guilty of misappropriation. Raymond’s pseudo-Foucaultian analysis of the ‘gender industry’ is nominally focused on the power of the ‘gender professionals’ who serve as ‘gatekeepers’ for those seeking to transition, but its real target is transgendered women and men who identify with a gender not associated with their sex assigned at birth.

The problem with the second wave feminism espoused by Raymond is that it is rooted in a biological essentialism that fails to recognize the social construction of gender and gender identity as well as sex. For biological essentialists like Raymond and Andrea Dworkin, the mere possession of a penis or a vagina alone determines character and behavior, and it is difficult for them to explain women like Margaret Thatcher (who was prime minister during the two years that I lived in England), Sarah Palin or Michele Bachmann, who exemplify a domineering masculinist discourse of power. 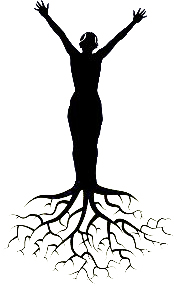 It is also important to recognize that there are many different kinds of feminism, including liberal feminism, radical feminism, Marxist feminism, and the feminism that I identify with — eco-feminism, which examines the relationship of the human species to the ecosystem; ecofeminists look at the masculinist discourse of power that underlies the domination of nature by ‘man’ and the way in which we as human beings are killing Mother Earth. Some ecofeminists are interested in shamanic traditions that are woman-centered, such as the ‘mudang’ tradition, the oldest spiritual tradition in Korean culture, which Koreans took with them from eastern Siberia when they migrated into the Korean peninsula millenia ago. In that pre-Sinitic Altaic spiritual culture, the mudang is always a woman, but not necessarily female: a significant number of mudang were ‘paksu mudang’: priests who were born male but who performed the sacred rites and rituals of the mudang tradition dressed as women; whether they actually lived as women in the sense that contemporary transgendered women do is less clear from the historical record. But the important point is that the realm of religion and spirituality is an important arena for the construction of gender and an important topic for feminist analysis and no feminist theory is complete without engaging in an examination of it.

Just as important as theory construction is praxis, and my own activism and advocacy work flows from my feminist analysis of gender and politics.  I am currently chair of the New York Association for Gender Rights Advocacy (NYAGRA) and president of the board of directors and since late May, acting executive director of Queens Pride House, an LGBT community center in the borough of Queens, and it was in the context of co-founding Queens Pride House that I first came out as an openly transgendered woman in 1997; it was through NYAGRA that I led the campaign for the transgender rights law enacted by the New York City Council in 2002. I am the only openly transgendered president or executive director of any community center in the state as well as the only Asian American. The Queens Pride House board of directors is also half women and half people of color, and our small staff of three is entirely people of color — one gay Latino man, one transgendered Asian American woman and one transgendered African-American woman. What is as important as the representation of transgendered people on staff and boards of directors of lesbian, gay, bisexual and transgender (LGBT) organizations is their appointment or election to positions of real power and authority, and there, LGBT organizations in the United States lag behind; and the number of transgendered people of color in such positions is negligible.

Of all the issues that I have become involved with, there are two that are especially controversial. In my closing keynote address to the Philadelphia Trans Health Conference in 2007, I called for the removal of gender identity disorder (GID) from the Diagnostic & Statistical Manual of Mental Disorders (DSM), while still advocating for payment for and coverage of gender transition-related treatments and procedures such as hormone replacement therapy (HRT) and sex reassignment surgery (SRS). As I said then, I do not have a gender identity disorder; it is society that has a gender identity disorder.

Perhaps the most controversial of all has been my involvement with Palestine solidarity work, which only dates from March 2011, when the LGBT Community Center of New York City expelled and banned the Siege Busters Working Group, subsequently expelling and banning Queers Against Israeli Apartheid (QAIA) — a group that I co-founded — in May 2011. In taking those unwarranted and unprecedented actions, the Center’s executive director and board of directors betrayed the organization’s own mission and stated commitment to inclusion and prompted me to join those working to end the illegal and brutal Israeli occupation of the Palestinian territories. Along with Darnell L. Moore, an Editorial Collective member of The Feminist Wire, and 14 others, I participated in the first US LGBTQ delegation tour of Palestine in January.

What does Palestine have to do with feminism and trans feminism in particular, you might ask? There are women and transgendered people on both sides of the Green Line separating the West Bank from the territory of the State of Israel established in 1948; and equally importantly, there is a masculinist discourse of domination and militarization that is fueling the ethnic cleansing and the construction of an apartheid state in Israel/Palestine that calls out for feminist critique and challenge. 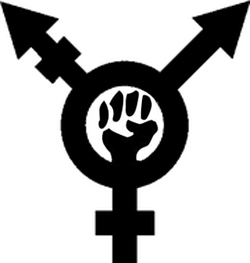 Trans feminism, then, is for me a mode of analysis that helps us understand gender in its widest sense and the relations of power that circulate throughout society that are inextricably linked with dominant and alternative discourses of gender identity and gender expression. And just as important if not more so, trans feminism is a commitment to social justice, rooted in that understanding of power relations and experiences of oppression based on gender identity and expression. Just like feminism, there will inevitably be as many varieties of trans feminism as there are trans feminists; and my trans feminism reflects and is informed by my experiences as a transgendered woman of color, an Asian American of Korean birth and American adoption, and an activist who sees herself above all as an agent of social change. As the Mahatma Gandhi would say, we must be the change we seek to make in the world; trans feminism is as trans feminism does. 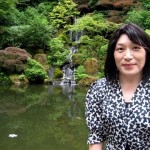 Author bio: Pauline Park is chair of the New York Association for Gender Rights Advocacy (NYAGRA) and president of the board of directors and acting executive director of Queens Pride House. She did her B.A. in philosophy at the University of Wisconsin-Madison, her M.Sc. in European studies at the London School of Economics and her Ph.D. in political science at the University of Illinois at Urbana-Champaign.

Note: This essay is a slightly edited version of a talk given at the Philadelphia Trans Health Conference 2012 on June 1 on a panel on “Trans Feminism & Trans Womanism: Speaking Truth to Power.” Many thanks to Joelle Ruby Ryan for organizing the workshop and Danielle Askini for joining us on the panel.