"Most Affectionately Ever Yours": Slavery, Literacy and Black Women's Friendships – The Feminist Wire

Home / Culture / "Most Affectionately Ever Yours": Slavery, Literacy and Black Women's Friendships

"Most Affectionately Ever Yours": Slavery, Literacy and Black Women's Friendships 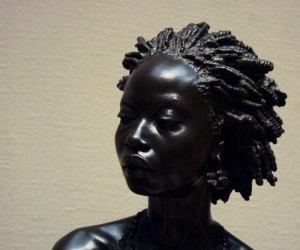 Dear Tara
I don’t know who is reading this letter.  I entrusted it to google. They will use my word choice to calibrate ads for mixed chicks hair products no doubt.  Hopefully when it reaches you, you are safe.  What I mean to say is that like Phillis Wheatley and Obour Tanner, our enslaved antecedents there is no such thing as completely intimate communication across space, even in our time.  Our time in shared space is sparse.  A couple of years of overlap at Barnard, some brief Harlem encounters since and one lunch at the University of Maryland right?  But at the same time our journey together, as scholars of African American Literature, as under-represented visionary graduate students as teachers in various contexts and now as sista docta co-retrostalkers of two Revolutionary war era house slaves is an  intimate journey with tangible consequences.

We affirm each other on purpose. And it matters that we do so.  We may not need a pass to visit each other, but our communications are missives into forms of isolation shaped by our shared oppression and possibly exacerbated by our shared tendencies for rebellion and creativity.   As Wheatley writes to Tanner, “I long to hear from you…I wish you much happiness.”  And it has something to do with getting free. With staying free?

I think a historian would call what I am about to say presentist bias, and I suspect

it is a result of my tendency to see/k revolution everywhere, but do you think there is a code in the letters between Wheatley and Tanner? I read all of this passionate evangelical language and I wonder, as a passionate black feminist evangelist myself, if there is something there couched in christianity for the benefit of the slaveowner surviellance system that actually speaks to salvation from slavery itself?  What is the “saving change” that Tanner “so emphastically describes”? When Wheatley talks about “travelling to the region of Felicity” is it all religious metaphor or are they actually exchanging a plan for escape? “Let us be mindful of our high calling, continually on our guard” she says in the next letter, “lest our treacherous hearts should give the adversary an advantage over us.”  Which adversary?  How treacherous is the heart of the black slave genius who loved her mistress to death and wrote praise poems to slaveholders on the regular. Just saying.

Wishful thinking?  I don’t think it’s THAT far fetched since we already interpret the collective meaning of spirituals and slave work songs that talk about the saving grace, the sweet chariot, the walls of Jericho to be a code for freedom in this life from the institution of slavery…since we know that Wheatley was associated with the Countess of Huntington and them who believed that religious salvation also required the end of slavery…and in that case how do we read Jupiter Hammon’s poem for Phillis Wheatley where he describes the urgency of getting to heaven, is there actually a worldly meeting place these enslaved intellectuals were trying to get to?  Is literature an escape plot? What do you think?

With love and energy always towards our freedom,

Dear Alexis!
And yet as we’ve suggested before, encounters of any kind rarely demand shared space in any literal sense. Ideas, thoughts, memories, and herstories find their way through time, generations and just as King Midas found out through the whispers of wind and grass. It seems that what must be voiced speaks despite the threat of censorship or even the curious eyes (read all things “google”) that gaze upon unspoken words and the stories they harbor. With this in mind, I say you’re on to something.

I’ve read Wheatley’s letters to Tanner, a lot. Her faith strikes my curiousity; I appreciate its depth, its honesty, and its “real” quality. Yet, I haven’t given proper thought to the coding possibility inherent in such a profound faithfulness. Wheatley is freed in 1773. And I still don’t know much about Tanner. But, even if what they speak isn’t a literal escape, their language presupposes a knowledge or a conversation between friends that probably masks yet speaks so much. To best read and understand Wheatley’s letters, I need my Bible nearby; unmarked references abound. As we consider and think through the possibility of Wheatley’s layered meanings, I must ask what do you think of these letters as is – by which I mean to say, what do you make of this friendship between two Black women in spite  of the facts of censorship, travel delays, work obligations and life?  They wrote to one another and shared deeply with one another in that way that Audre Lorde repeatedly asks all of us to do. They did it while enslaved!

Discussions of friendship and slavery don’t often go hand in hand; I’ve looked for the secondary sources on the topic. In this age of frenemies and woman-to-woman violence, their exchange offers something. …If only I knew what to call it, Ellison quite simply says it’s “something  else, something other.” What is this something else? Why don’t we speak of it often enough? I should offer a revision. Why don’t we speak of it publicly often enough (because I’m certain we live it)? 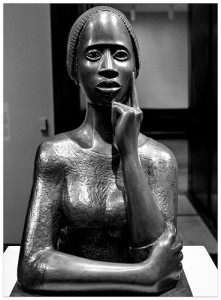 Dear Tara!
You are SO onto something!  What does, the energy, unstoppable reaching out, the impervious to institutional boundaries and intentional divide-and-conquer crafting of friendships between Black women offer our definition of freedom?  Could it be that the most lasting tangible and successful (since neither of these letter writers participated in an actual escape or a slave revolt that we know of) freedom seeking act that they participated in was their friendship itself as a space in which to be more than property?  A sacred space in which to be lovable and divine?  Their faith in each other, their affirmation of each other’s faith in a world beyond the world in which they were enslaved as a ship to a freedom felt in the act of reading or writing for a sisterly audience?  I like it.  I rather love it. The implications for our own freedom are huge.  The destined promised lands that friendships, counterposed to slaveships, allow us to envision are priceless today.  And what about those other ships, censorship (which you mention), kinship even and shipments of Wheatley’s books that Tanner sold on her behalf.  All the possible ships, all the unlikely horizons.  Where do we go from here?

With readying sea legs and friendship and joy,
Alexis

Alexis, Alexis!
We go to the obvious. It’s so obvious that it rarely finds voice in the secondary source material. We must ask and expect of these women what we expect of ourselves. Not only is friendship possible (and a necessity); it has to be a kind of freedom because the best friendships do free us to be ourselves in spite of. What Wheatley and Tanner make clear is that these letters offer them the space to act and be as they are. They are our revolutionaries because time is on our side; we know what happens. Wheatley writes and publishes a collection of poems and (depending on who you ask), she helps author an entire literary tradition. But as we peer into her world, what we see isn’t radical so much as it is what we must do and what we actually do often without thinking or even intent – make friends and fellowship/worship together.

Of course, Tanner sells Wheatley’s books ‘cause that’s her “homegirl” and her fellow believer in God. In this age where women prefer to beat each other down or to “take a ass beat[ing] and keep it moving,” Wheatley and Tanner offer an alternative, yet obvious story. Wheatley reminds us that despite and because of the various “ships” (censorship, kinship, book shipments) she lives. I don’t know why it’s become more interesting (in popular culture) to disrespect the sacred space of friendship, particularly those between women. I’m not sure why I repeatedly hear women say, “Oh girl, I can’t be friends with women, they are too [insert the appropriate derogatory adjective].” As made clear by Wheatley, it’s those friends that have and must sustain us. Wonder for a moment –what if Phillis had no Obour (or even the many other enslaved women friends whose names have been lost to history)? I believe there’d be no story tell. We wouldn’t even know her name. Here’s where I’d go.  Where would you go?

Tara Be!
The deepest ocean.   The ocean at its center when Phillis Wheatley wrote her poem “Ocean” on her reverse transatlantic journey back from publishing her work in England.  (Did you know by the way that while mistress Susana Wheatley bought Phillis for “a trifle” because the slave dealer feared Phillis was too sickly to survive after crossing the ocean, according to Randall Burkett, Emory University Manuscript and Rare Book Archivist responsible for the African American Studies collections, Phillis Wheatley’s unpublished poem “Ocean,”  was auctioned in 1998 for $68,500.  Poems are more expensive than poets you know. )

And isolation?  How much does that cost?

Ocean deep, the thought you propose that in many ways we have forsaken friendship as a source of freedom.  In fact, we have misnamed friendship as that which tethers us, holds us back, threatens our so very capitalist and shiny individualism.   Deep friend.  Deep.  That now we can afford the internalized racism and sexism that says “I don’t really hang out with other
females.  Can’t trust them.  Too much drama.”  Right? Who gets sold slave ledger short? “Females”?  Who’s trifling now? And just like that we trap ourselves in the shallow end.

*
Alexis, It’s true we live in the shallow end. But we can journey to deep waters when we tell their stories, our stories. June Jordan calls Phillis Wheatley a miracle. Miracles often come free though their pricing defies quantification – just as the Master Card commercials teach us.  Priceless. A woman once valued at a trifle. A poem worth $68,000. And a correspondence between two women, scholars, separated by time, space and by way of technologies of dissemination and surveillance…

Alexis Pauline Gumbs is a member of the TFW Editorial Collective. She enjoys writing poems and channeling dead and live black genius in Durham, NC.

Tara Bynum is a writer, scholar, and teacher (though not necessarily in that order) and an Assistant Professor of English at Towson University. She often finds herself immersed in the language and literature of eighteenth-century African American writing.