Growing Up Loving a Working Mother – The Feminist Wire

Growing Up Loving a Working Mother 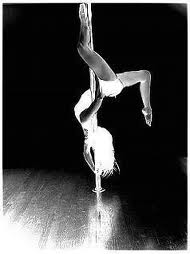 By the time I was born, my mother, at twenty six, had been stripping for eleven years, but after all this time I’m still reflecting on the memories and experiences I had growing up. It is cool when I can call my mother and get help with a paper that I’m writing about sex work or kink, but it’s painful when I think back on the economic hardships we faced, the problems she still faces, and the evenings I spent wishing my mother was at home reading me a bedtime story or making me dinner instead of spending time with strangers.

By the time I got to preschool, we had moved into my grandmother’s apartment on the Upper West Side of Manhattan because we could no longer afford rent in Hell’s Kitchen. I would watch my mother getting ready for work often, intently examining the way she would burn the ends of her black Revlon eye liner and how she would pout her lips to apply her reddish-orange lipstick. Something about her routine was comforting. So, I would sit on the toilet seat with my knees up to my chest and move my lips with hers, feeling excited about the exactness and precision by which she applied her make up. When I told my mother I was writing this piece, I reminded her of the fascination I had with her daily preparation. Over the phone, my mother explained to me that whenever she would get ready for work, I would cry because that meant it was time for mommy to leave.

I also recall going to work with my mother once. It was the first time in my life that I ever danced on stage. It was during the day when my mother wasn’t working, but I think she had taken me with her so she could put in for some dancing shifts at this little club in Jersey. I remember that the windows were unwashed and the stage was rather small and made of metal and wood.

So there I was, enjoying my second Shirley Temple of the day at a table near the bar waiting for my mother.  A Madonna song came on the jukebox and I ran up on stage and started dancing like a little girl might do to a song she enjoys. I wasn’t shy and I loved attention. I danced the whole song and by the end of it, I guess the owner or a customer made a joke that I should be paid for dancing. Someone gave me a few dollars. 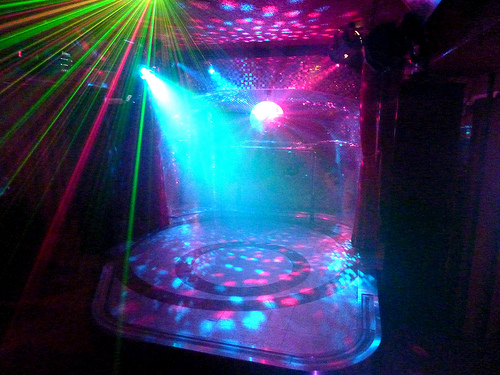 The next day, my mother took me to the bodega near our apartment and with my hard-earned money, I bought my first set of Crayola bathroom chalk.  To this day my mother is terrified that if I write about this somehow, someone will arrest her twenty-five years later for the one afternoon she let me dance like a little girl on stage to Madonna.

My mother stopped dancing once I began elementary school, but she continued to work in bars. She would work late, come home (usually drunk), and sleep in. I would get ready for school by myself most mornings or my grandmother, who we still lived with, would help out. On the weekends, I would go downstairs and get my mother the usual (a liter of ginger ale and a pack of cigarettes), come home, and make her a cup of coffee.

When I was about eight years old, the fantasy world I had imagined, a world where I would be  working in clubs, came to an end and I began to resent both my mother and her work. I had learned how to make up stories about her profession. I worried the kids at school would ask what my mother did for work and that, if they did, I would lie. I would stay home from school on Take Your Daughter to Work Day. I was already one of the only kids in my group of friends who was being raised by a single mother and I surely didn’t want to add to the stigma by admitting I had a barmaid, ex-stripper mother who comes home drunk and angry most nights. I wanted to be like everyone else who lived on the Upper West Side of Manhattan in the late 80s. I wanted the artist mother, the blue-collar working father, the life that so many of my friends had. 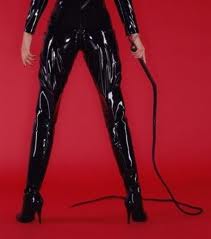 It wasn’t until I was in my teens, when my mother became a professional dominatrix and owned her own escort service that I began to really hate her job choices. This was not something my mother was excited about, either. The gig was taken purely out of desperation. I myself had already been exploring my sexuality, having first slept with a female friend of mine when I was twelve, spent many late nights on roof tops, doing too much, perhaps, too soon. I always knew more about sex than most of my friends, probably because my mother told me when she would give one of her many “talks” about not waiting until marriage to have sex. “What if the person you choose is bad in bed? Then you’ll never know what good sex is.” With that, I marched into adolescence ready to find good sex, whatever that meant.

Not surprisingly, throughout all of this, I became my mother’s confidant more than her daughter. In the morning, over coffee, my mother would go over her encounters with her clients in detail. I understood quickly the difference between a Submissive and Dominant since my mother made it a point to remind me she would never be a Sub. She could never let someone tell her what to do but: “kick the shit out of some guy, why not?”

It was creepy imagining that my mother was now working in a club I had hung out in, or that I had been high on Ecstasy in one of the rooms where she tied people up. I squirmed when she told me about one client who liked to be urinated on and another one who liked to pick used condoms out of the trash with his mouth. She would talk with disgust about these men, some of whom were married and had kids, were teachers or politicians, and would then get into how much I needed to use protection and condoms when I had sex. What a strange fucking way to be taught sex ed. At the time, I didn’t even understand fetishes. All I could imagine was my biology teacher being hog tied and whipped. My mother explained that she was trying to run a business where the girls were being paid fairly and protected. She said her “being a feminist didn’t work for sex work.” The only way she could make money in the business was to exploit the girls and pay them less in order to pay the drivers, or cut the drivers out, and offer them no safety. Both were out of the question for her and so the business ended.

After my grandmother passed away, I eventually had to move back in with my mom, still struggling to make ends meet. We fought constantly. I was experimenting with drugs but my mother always knew where I was, who I was with, and what I was doing. We had built a strange trust. I would probably never do anything more stigmatized than she had done, so I could tell her anything.

Seeing what my mother went through all those years—the late nights, the drinking to please customers, the frustrations of never making enough money to support her child, and her hardened attitude towards life—lead me to choose against going into sex work. But as I went off to college on scholarship and jumped into sociology, gender studies, and sexuality studies, I began to make sense of mine and my mother’s lives. I read Annie Sprinkle’s Post Porn Modernist, and Live Sex Acts by Wendy Chapkis, and began to understand that my mother was not alone and that what she had done for a living had a place in meaningful discussions. I learned that I did not have to be ashamed of her work. I began to find a community where I felt safe to share my stories with people who I thought could understand.

While I find power, control, and erotic beauty in the positive sex/sex work communities, a part of me, however, still wonders about those women out there, who don’t blog extensively about their customers and experiences, who didn’t get to go to college and become an empowered sex worker. I’m thinking of the women out there, like my mother who did sex work to survive and did not really enjoy it, who would have rather been a ballet dancer or engineer or teacher. My mother, in her special way, is the person who has taught me to be critical of institutions, but compassionate to individuals and their circumstances. I now keep a copy of the photo of my mother in the leather outfit that was printed in the Village Voice, framed in my living room. As complex as my feelings are about sex work, I will never feel ashamed about my mother’s profession again.

Note: A modified version of this essay appeared in Spread Magazine. 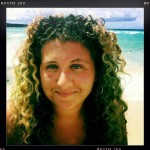 Author Bio: Born and raised in NYC, Sydney has a BA in Sociology from St. Lawrence University and an MA in Sexuality Studies from San Francisco State University where she studied marginally housed and homeless young women’s access to knowledge of sexuality education. She currently trains/teaches youth about sexuality, youth/adult partnerships, and the use of social media to promote healthy sexual lives. These experiences and her multiple intersecting identities inform and create the lens through which her creative visions are born and raised. She’s a photographer, educator, activist, daughter, white, femme, queer, latina, sister and lover interested in youth-led research, sexuality education, media, female empowerment and social justice.