Palm Wine! The Birth Of A Movement – The Feminist Wire

Home / Culture / Palm Wine! The Birth Of A Movement

Palm Wine! The Birth Of A Movement

When discussing LGBTQ human rights on the African continent, the argument typically falls somewhere along the spectrum of sentiments expressed, on one end, by President Ellen Johnson-Sirleaf of Liberia, a vanguard for women’s rights, who claims that she is unwilling to sign any law that would defend and uphold the human rights and dignity of the LGBTQ citizens in Liberia. Meanwhile, on the other end, Festus Mogae, former president of Botswana, strongly encourages his nation to pass legislation to protect all citizens, including sexual minorities, by creating an environment that does not condone hatred and discrimination, but promotes the inalienable human rights and dignity of all Botswana’s people.

On May 9, 2012, President Obama vocalized and affirmed a truth that many of us already know and live from day-to-day:  that same sex couples deserve equal rights and fairness under the law.  In a similar vein, Wole Soyinka, world-renowned Nigerian playwright, signed a petition against Nigeria’s law sentencing same sex couples to fourteen years of imprisonment. 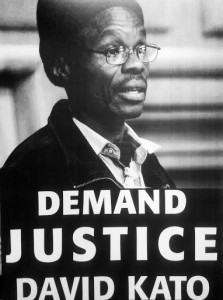 What we are witnessing today on the African continent is widespread socio-political action to secure truths affirmed by the above-mentioned individuals and that many Africans hold dear.  Across much of Africa, homosexuality is labelled “a sin,” ” a Western import,” and “unAfrican.”  The killing of outspoken LGBTQ activist David Kato in Uganda was one of many stories that often aid in the suppression of voices around the subject matter.  South Africa has the most progressive laws on the continent regarding same-sex individuals and lifestyles, but it looks like this may soon change, forcing many back into silence and fear. Yet, in the face of these oppressions, African activists at home and abroad continue to fight for a future that is grounded in the power of love and transformation.

Like all great movements, the Palm Wine story begins in struggle. Like many great movements, for Palm Wine the greatest struggle has been against self-doubt and the innate fear that causes many to remain silent. But as Audre Lorde says, “our silences won’t protect us.” So we stand up and speak to break the silences we are meant to keep. We do this to reclaim our power. We do this to transform the culture of hate and fear. We do this so that our present and future generations can lead lives that acknowledge that human rights are indeed inalienable and dignity is our birthright. 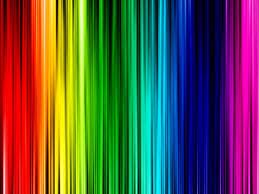 In early December 2011, a few individuals of what is now Palm Wine were compelled to overcome their personal fears and break the proverbial silence to take a stand for LGBTQ human rights in Nigeria. Protesting the proposed laws that seek to impose greater punishment on sexual minorities in our home country was an altogether definitive, death-defying, and at times dubious moment. This complicated act of showing up in the face of adversity is what birthed the Palm Wine movement. Shortly after the protest in front of Nigeria House NYC, a few individuals decided that it was time we organize on behalf of our Nigerian (and larger African) community members who  on punishment of death must maintain the silence around who they are and how they love. Even as we move forward in this effort, it is encouraging to note that President Joyce Banda of Malawi, also a champion of women’s rights, has vowed to overturn anti-gay laws in her country “as a matter of urgency.”

Presently, Palm Wine primarily operates as an online entity creating a safe space where LGBTQ Africans can share their stories and receive support across borders. The group’s basic motivation is to highlight the shared humanity of African LGBTQ persons, in the hopes that we can begin to break down the stigma resulting from ignorance and fear. As the group develops, we will move towards a model of community engagement and greater activism. As such the Palm Wine mandate simply states:

We are LGBTQ Nigerians who believe that human rights and dignity are our birthrights. We have created a space to collect and document our individual and shared stories in the hope that we can build authentic relationships with ourselves and each other, heal from our generational cycles and patterns of isolation and oppression and envision a future that embraces us all.

The Palm Wine movement acknowledges the apparatus of fear at work, and we are intentionally powering through it to create the change we seek. So, with this foundation of shared humanity and compassion we were provoked to organize and take action on behalf of our sister in the struggle, Zanele Muholi. 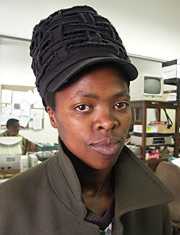 Zanele Muholi is a renowned visual activist whose work has been at the forefront of breaking the silence around the scourge of “corrective rape” and hate crimes against lesbians in South Africa. Her work also serves to bring visibility to the depths of humanity, love, and struggle shared amongst black lesbians in her country (and indeed across the continent). The loss of her archived works is a loss for the community at large. The violators seek to undo Zanele’s work by instilling a sense of crippling fear that could trigger a silence tainted with profound pain.  Thankfully they have not succeeded; the living legacy of her work is evident through the comments scores of people have left on the Indiegogo campaign we set up to help replace some of her stolen equipment.

Zanele Muholi remains vigilant and strong in continuing her activist work.  She will be showing in this year’s ‘Documenta’ in Kassel, Germany, a major international visual art exhibition featuring many of the world’s leading artists.  Palm Wine supports her courageous efforts and would like to use this as an opportunity to encourage LGBTQ Africans and our allies to engage with us. Push beyond the fear, break the crippling silence, and share your humanity and your stories with us. Palm Wine offers a safe space for healing and activism and accommodates all African peoples. We invite you to support our community and join in the movement. 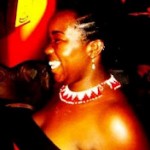 Osazeme O. is a British-Nigerian, South-African-bred food interlocutor, who thinks in the language and poetry of food. She is the head chef and owner of Khandja Kalabash a Harlem based boutique culinary firm, specialising in afro-fusion cooking and the preservation, appreciation and proliferation of African culinary practices & cuisines. She hopes to queer the African Culinary Experience by combining traditional and contemporary methods and ingredients to introduce new dimensions of flavour to African cuisine. She believes that food is connected to every essential part of the human experience, and is a candid way of expressing LOVE. In the battle against homophobia, bigotry and racism, cuisine is her tool of choice!

Related ItemsZanele Muholi
← Previous Story In 23 Years, 2000 Wrongfully Convicted People Exonerated
Next Story → What We Aren’t Talking About When We Talk About ‘White Privilege’