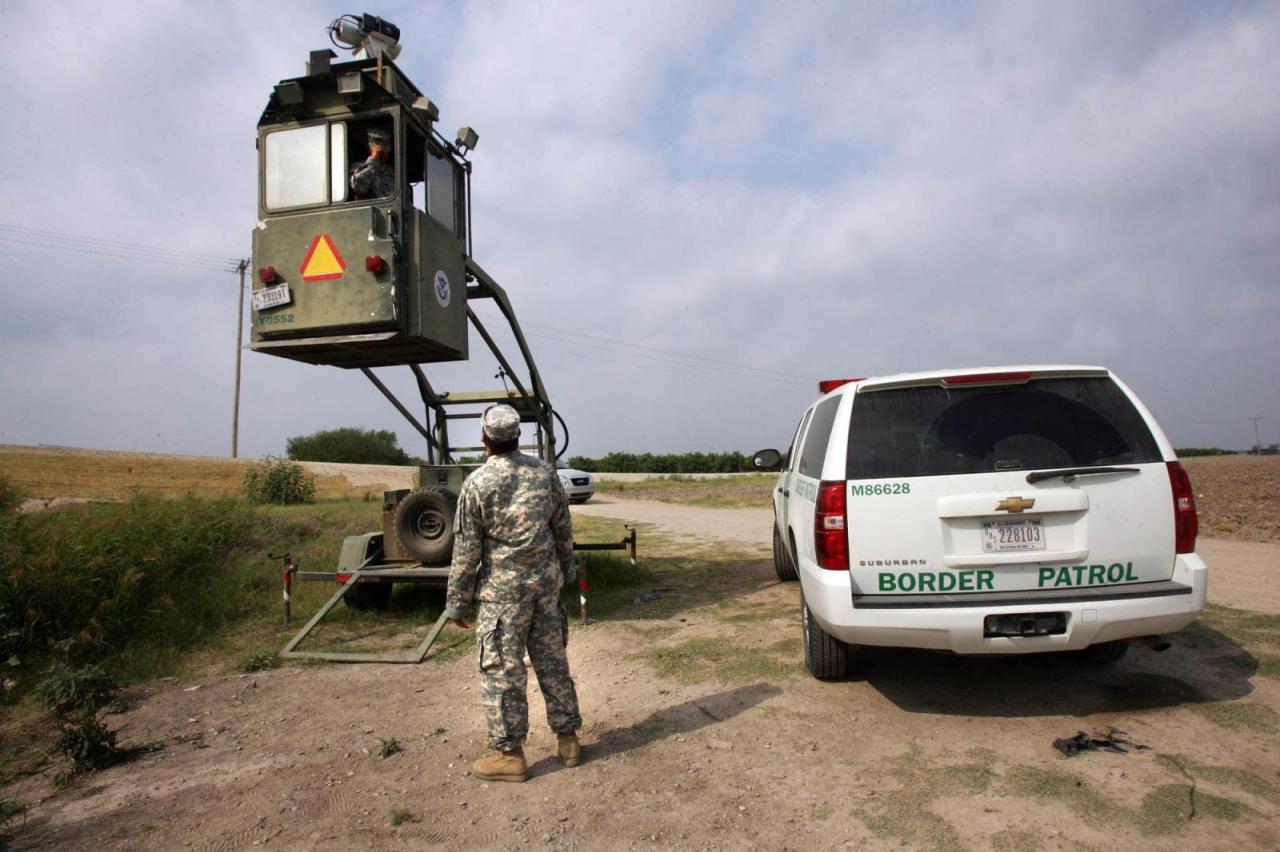 In this April 19, 2011 photograph, a member of the National Guard checks on his colleague inside a Border Patrol Skybox near the Hidalgo International Bridge in Hidalgo, Texas. (Photo: A/P)

The kidnapping of migrants who travel through Mexico on their way to the United States has become a “systematic and generalized” practice by organized crime groups such as the Zetas, who demand ransom payments from families or recruit them into their ranks, according to a new report. In the report titled “Cuaderno Sobre Sequestro de Migrantes: Dimensión, Contexto y Testimonios de la Experiencia de la Migració en Tránsito por México” (“Notebook on the Kidnapping of Migrants: Dimensions, Context and Testimonies” Central American migrants from Honduras, Guatemala and El Salvador who escaped or were released from their kidnapping recount the torture, rape and inhumane treatment they received at the hands of the Zetas.

When rights groups began monitoring the situation in 2008, most kidnappings were short-lived and not particularly violent. Today migrants can be held for as long as a few months in so-called safe houses.

Extrapolating from findings from the National Commission of Human Rights 2011 report on migrants, which counted more than 10,000 kidnappings in six months, migrant rights advocates have calculated that as many as 20,000 migrants are kidnapped each year. (The commission’s findings have been challenged by government officials from other agencies saying they are exaggerated, but those agencies have not offered revised estimates.)

Hostages are often tortured to be forced to give their captors the phone numbers of family members in the United States who can raise the ransom. Testimonies in the report describe how the hostages were beaten, raped, starved, deprived of sleep, and forced to watch the execution of others. Young men are often recruited into the ranks of the Zetas, who offer cars, cash and women, according to the report in the states of Tamaulipas, Zacatecas, y Coahuila, and in the city of Monterrey.

Criminal organizations demand anywhere between US$1,500 and US$5,000 to release the migrants leading the Commission on Human Rights to estimate that migrant kidnappers in Mexico are able to collect on average US$25 million in six months.