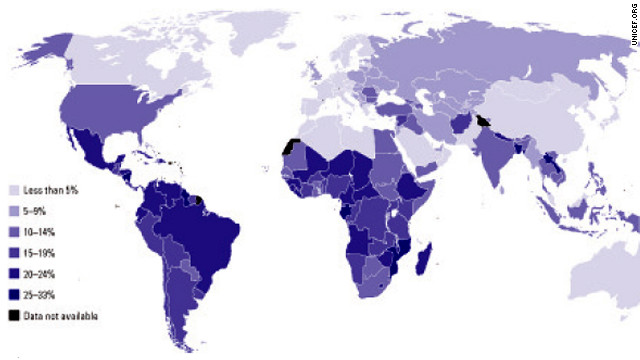 This map shows births among adolescent girls 15 to 19 years old as a percentage of total births between 2000 and 2010.

It’s known as the “youth bulge” – a decrease in child mortality rates leading to the largest generation of adolescents in history: 1.2 billion to be exact. Adolescent is defined by researchers as those aged 10 to 19, due to growing trends in the earlier onset of puberty and delayed transition into adult roles.

As many of those teens face poverty, natural disasters and wars in addition to overwhelming physical and emotional changes, researchers worry about the lack of available health resources.

The publication, released by UNICEF, offers an intriguing overview of teenagers’ health and the risks they face around the globe: