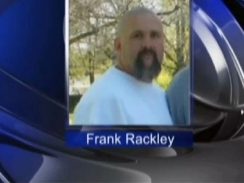 Prosecutors in Sacramento, CA have taken the unusual step of detaining an alleged teenage rape victim who has a history of running away, saying she is a key witness against a man prosecutors say is a career criminal and serial rapist.

Victims’ rights advocates are joining the 17-year-old foster child’s attorneys in arguing that her detention, upheld three times by two superior court judges, could discourage other victims from reporting sexual assaults. Moreover, they say the detention conflicts with laws governing the well-being of foster children, and with Marsy’s Law, a victims’ rights initiative approved by California voters in November 2008.

The girl has been held in juvenile hall since March 23. Her attorneys are proposing that she be released to a foster or group home with a GPS ankle bracelet. “She’s being treated like a criminal without having done any criminal act. In fact, she’s the victim,” said attorney Lisa Franco, who is challenging the decision to hold the girl as a material witness to ensure she appears at the trial of Frank William Rackley Sr., 37.

Franco said her client recognized the swastika tattooed on Rackley’s chest, NBC News affiliate KSBW.com reported. She and prosecutors said his DNA was found on her client after the then 16-year-old girl was abducted from a Sacramento light rail station on July 22.

Sacramento attorney Amina Merritt, who represents the girl’s interests as a foster child, said her client is now willing to testify against Rackley. “She is at risk and that is the reason she did not testify previously. She’s afraid, she’s afraid for her life,” Merritt said. The girl is a different race than Rackley, and fears that others with a racial hatred might harm her even if Rackley is behind bars, Merritt said.

Sandra Henriquez, executive director of the California Coalition Against Sexual Assault, known as CalCASA, said this is the first time in her 20 years of working with victims that she has seen one incarcerated.