Afghans March to Protest Violence Against Women – The Feminist Wire 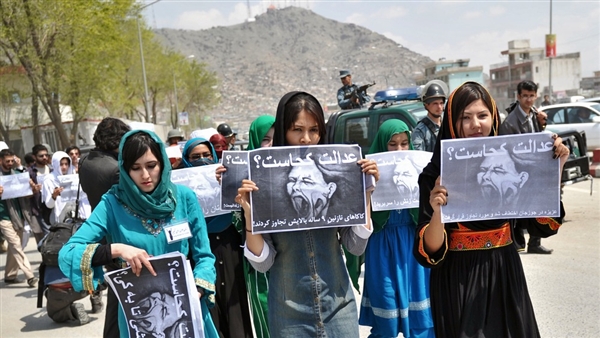 Members of Afghan Young Women for Change staged a protest march in Afghanistan’s capital Kabul Saturday, denouncing violence against women, according to AFP photographs. Some among the group of about 30 women were pictured holding placards that read “Where is justice?”

They took to the streets following the killing of five Afghan women in less than a month in three provinces of the country, AFP said.

Concern is mounting among some Western officials, activists and some of the country’s lawmakers that women’s rights could be compromised under any power-sharing deal between the government and the Taliban, which President Hamid Karzai has been seeking to end the war, Reuters reported.

Activists were outraged last month when Karzai appeared to back recommendations from his powerful clerics, the Ulema Council, to segregate the sexes and allow husbands to beat wives under certain circumstances, reminiscent of Taliban rule, Reuters said.

Related Items
← Previous Story What Year IS this Anyway?: Musings of an Ex-Catholic as Politicians and Priests Fight over Women’s Reproductive Rights
Next Story → Rape Victims Say Military Labels Them 'Crazy'