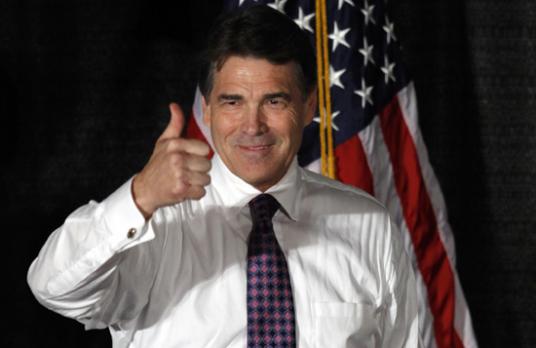 Rick Perry’s Facebook page  is drawing thousands of comments pointedly taking him to task for cutting off federal funds for women’s health programs because some clinics are operated by Planned Parenthood. Many of the comments are from women facetiously seeking advice on their menstrual periods, since he’s styled himself as an expert on women’s health.

“I would like your opinion since I can’t make medical decisions myself being a woman and all,’’ one woman wrote on Perry’s Facebook wall.

“Since you know so much about my healthcare, I was wondering if you could tell me how to handle my period since it is very heavy 4 days out of every month. What is the best product so I can have a productive day during these times or do you think I should just stay at home and call in sick or better yet quite my job since I can’t make my own decisions maybe I shouldn’t be working. What is your medical position on this issue?’’

The mocking comments signal considerable frustration over the Perry’s highly visible role in cutting off federal Medicaid money for the Texas Women’s Health Program. Although Texas has previously accepted $31 million per year in federal funds for the program, Perry and state Republican lawmakers said they can no longer abide that money flowing through Planned Parenthood clinics in Texas, even though participating clinics don’t provide abortions.

Federal officials warned that selectively cutting out certain clinics would jeopardize funding. Texas did it anyway. The federal government halted the money. Perry said Texas would pick up the slack so services will continue, but he didn’t say how, particularly as the state faces another looming budget crisis.