Love Notes: From Darnell to Aimee – The Feminist Wire

Love Notes: From Darnell to Aimee 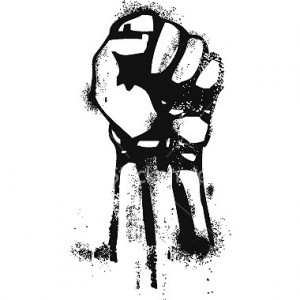 So, all of us would do well to stop fighting each other for our space at the bottom, because there ain’t no more room. We have spent so much time hating ourselves. Time to love ourselves. –Cheryl Clarke (-from “Lesbianism: An Act of Resistance”)

I know: it’s overused; it’s mundane; and it’s unimaginative…at least, to some of us. It also seems to hold no place in our contemporary lexicon of radical vocabularies—situated among a family of gendered words like tenderness, attachment, rapport, concern and intimacy—moving us away from the gendered rhetorics of struggle, insurgency, transformation, power and accountability. The latter are understood to be the core elements necessary for some “revolution” and the former represent ideas that one should only consider after the battle is won. Guess there ain’t no time and no space to love in these moments of radical confrontations with our oppressors, huh?

Yet, I don’t think that a radical world can materialize if we ourselves resist the revolutionizing potential of intimacy.

To put it another way, progressives—whether we identify as feminists, radicals, activists, cultural workers, public intellectuals, and/or ivory tower academics—cannot remake a world in isolation of one another, even those who might fit the bill of “enemy”.

And, to put it yet another way: if we can’t smile at one another whether at an academic conference, protest, workplace or subway stop; wish the best for each other as we seek to do good in our world; support one another; resist tearing each other down; and/or lift up rather than diminish the spirits of our brothers and sisters, how the hell do we think that we can be the agents of change in a radically different world free from the same practices of division used by those that we name “oppressors”?

The personal work is hard work. Trust me, I know. I fail often.

You know, the two of us met at the exact moment in our lives when we needed each other. We were frustrated in our roles at the university that we both worked at (one as an administrator and the other a faculty member). We were experiencing the deterioration of friendships—those that we desired to maintain and those that were honestly unhealthy. The good work of social justice that we engaged in the city where we both lived and worked often provoked headaches, heartbreaks and bare pockets. We also had come face-to-face with our own limitations, our demons, our failures and desires unfulfilled. Our meeting had brought about inner healing and new insights in our lives; yet, we were resistant to the idea of friendship and connection.

A few months after we met (for a second time), we discussed the mental barriers (i.e. negative thoughts that we had of one another which were really projections of our own “stuff”) that kept us from connecting. We pondered the ways in which the minor personality issues that we somehow imagined in our minds protected us from the possibility of vulnerability and, therefore, enabled us to defend against the possibility of hurt. But hurt, while it is an aspect of all human relationships, is not the defining feature for a friendship that has resulted in self-transformation and communal change. We needed each other then and need each other now…and, together, we have been able to be better scholars/cultural workers, community members and friends. 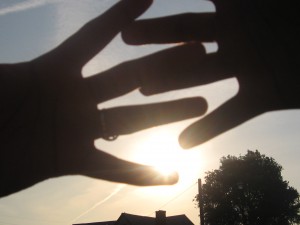 Cheryl was right! We have no time to fight for some imagined “space” that does not exist. Too many people are being trounced at the “bottom” and we have too much work to do to on self…on behalf of the marginalized…in solidarity with others…within community…through love.