Our Feminist Future – The Feminist Wire 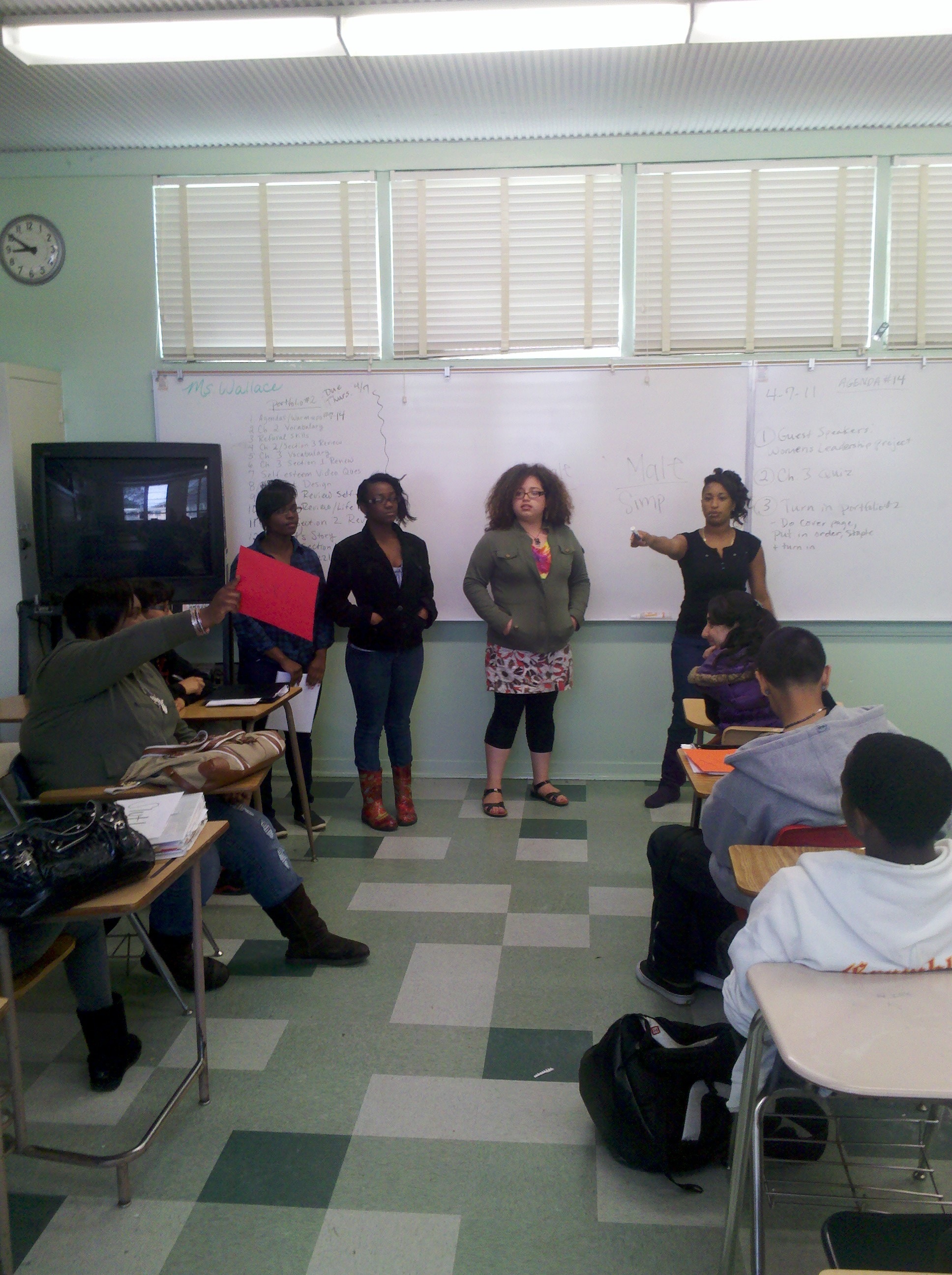 On the school grounds they call each other bitches with machine gun fury.  This is the “new” term of “endearment”; a grand show of eye-rolling, teeth-sucking hardness to a world that chews them up, spits them out, and leaves them for dead, stranded between Virgin Mary and Jezebel.  The righteous fury that they direct at and expect from each other is a function of criminal invisibility and zero expectations.  Who would expect them to do anything more than pop out babies, latch onto some man, and live in the shadows of mainstream America’s white supremacist Barbie-Disney princess infantilizing caricature of womanhood?  When I first met Sanaa and Karin* as 9th and 11th graders while teaching classes for my Women’s Leadership Project (WLP) feminist mentoring program, I was immediately impressed by their agile minds, sage observations, and sharp wit.  Karin was in foster care after losing both her parents; Sanaa was one of six siblings from an emotionally turbulent home environment with little parental support.  As the founder of WLP, which is based in South Los Angeles high schools, I train my students to do peer education on the everyday impact of sexism, heterosexism, misogynistic language, violence against women, and media imagery.  Central to WLP’s peer training is enabling our students to develop a humanist critical consciousness about their shared struggle around paradigms of the sacrificial good black/Latina woman of faith.

I have been fortunate to have the assistance and vision of Diane Arellano, herself a mentee and former student of mine from the California Institute of the Arts.  As an emerging artist and activist in her own right, she has been deeply committed to our goal of developing partnerships between black and Latina young women.  Our program also provides reproductive justice resources, HIV/AIDS prevention education, and peer mentoring for undocumented youth.  The high schools where our programs are based have high dropout rates and low four-year college going rates. In some instances, students can go all four years at these schools without knowing what California’s “A-G” college preparation requirements are.

Both Sanaa and Karin blossomed as speakers and feminist activists, challenging mainstream notions of what it means to be a girl of color from neighborhoods in which few of their peers go on to or successfully complete college. In countless forums, workshops, and conference presentations they encouraged their peers to push back on girls’ acceptance of abusive relationships as well as patriarchal notions of femininity and masculinity.  They got accustomed to being called “men-bashing” bitches. It was pro forma for them to be shouted down and disdained by other girls for speaking out about casual violence against women of color. During our Denim Day presentations, I saw Sanaa powerfully navigate tense classroom situations in which girls sat silently while the boys joked about “hos” giving men AIDS or ran down why rape was justified if the man was turned on.  Many girls did not feel empowered enough to talk about the countless times they have they been sexually harassed, stalked by strange men and/or boyfriends, called out of their names and manhandled in the course of everyday school life.

One of the most fraught issues our girls confront is reproductive justice and the morality of abortion. Naturally, framing abortion rights as vital to women’s human right to self-determination is a third-rail issue in the classroom. Attitudes about sexually loose young women and abortion as “baby killing” are rampant, and there have been many occasions when students trot out biblical scripture to try and shut down discussions on the moral imperative of abortion. Coming from predominantly Latino Pentecostal, Catholic, and Black Church-oriented backgrounds, hyper-religiosity is a recurring theme for most of my students.  During an election year school forum on a California parental notification abortion initiative, I was proud to witness Karin fiercely argue her belief that young black women are especially harmed by draconian limitations on abortion resources.  At our most recent youth media education conference at Cal State Dominguez Hills, Sanaa challenged some of the female students’ contentions that their bodies were “God’s” rather than their own possession.  Given the virulent wave of anti-feminist sentiment in the U.S., I am proud to see these young women spearheading youth leadership around gender justice in their own school-communities. Sanaa recently graduated and is pursuing a Spanish major at Cal State Long Beach, becoming the first in her family to go to a four year college. Continuing her interest in undocumented immigrant students rights, she has become involved in FUEL, CSULB’s undocumented youth advocacy group. Karin will be transferring from Southwest College next year and hopes to go to a Cal State or a UC school. They have both continued their activist work, forging new horizons for feminist of color leadership.