Why I Might Watch Tyler Perry’s For Better or Worse 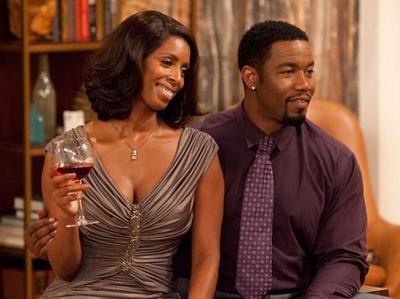 While Tyler Perry’s For Better or Worse, a televisual extension of Why Did I Get Married and Why Did I Get Married Too, runs against every fiber of my feminist consciousness there is something about it that…appeals to me.  Yes, I realize that the show is ripe with stereotypical expressions of African American life, masking as some sort of black reality.  And yes, I know that Perry’s mad-black-bitch trope gets reimagined and embodied in a range of characters on the show, namely Angela, Jennifer and Keisha.  And, to be sure, I watched in horror as Angela and Jennifer were signified over and over again as crazy, violent, loquacious, and melodramatic.  And yes, my heart sank when it was suggested that Jennifer couldn’t “find a man” for these very reasons last week—as if she’s undeserving of love (and please know, the possibility of colorism here isn’t lost on me either).

Nevertheless, there is something about the show that drew me in last Friday.  I didn’t intend to semi-like it.  In fact, this essay was originally titled, “Why I Won’t Be Watching Tyler Perry’s For Better or Worse.”  To my mind, the trailer offered enough:  a loud talking, irrational, and destructive Angela, and a womanizing, dishonest, and brawny Marcus—set against a lust worthy backdrop of opulence, beauty, sex appeal, fashion forwardness, and a twisted kind of love…mixed with a tinge of buffoonery (for example, “stomp that ho”) and a modicum of misogyny.  What more was there to see?  Anyone familiar with Perry’s productions surely recognize this formula.

So, why might I continue to watch something so individually and collectively detrimental?  To be sure, Angela still represents the kind of “lady” that women ought not to be (for Perry), and Perry continues to devote entire scenes to explicating just that.  Well, in short, I’m a sucker for love, fashion and aesthetics. Moreover, there is something intriguing about Tasha Smith. Unlike Perry’s other “mad-black-bitches,” for example, Helen from Diary of a Mad Black Woman, Jennifer and Julia from Daddy’s Little Girl’s, and Jo from For Colored Girls (not to mention Madea’s Big Happy Family, which reproduces this trope through multiple characters), Angela/Smith seems to embody a muted density, asphyxiated by Perry’s simplistic caricaturing, that I find incredibly appealing.  She has a way of drawing viewers in.  Her strength, resilience, beauty, no-nonsense side-eye, fashion sense, insecurities, and desire to flourish, be loved, seen and respected-on her own terms are beautifully familiar. To this end, it’s probable that many women will tune in because they see themselves in Angela.  I certainly do. 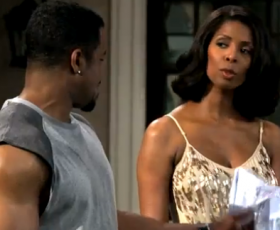 Yet, my feminist consciousness won’t likely let me watch for long.  For Better or Worse is what I’d like to call a lovely disaster.  It’s lovely because it appeals to middle-class representations of love and marriage, fairytale endings, and narratives of African American turmoil and triumph.  However, its dependency on hetero-normative marital ideals, fantastic bliss, commercial beauty, upper middle-class envy (not to mention its lack of socio-economic critique) and stereotypes, for example, Perry’s mad-black-bitch conglomerate, make it disastrous.  And while some women, myself included, may be drawn in by Angela’s brand of grit, many of us are simultaneously pushed away by the characters’ denial of certain critical interests, namely human complexity. No woman, regardless how fierce, wants to be (or should be) reduced to insanity or belligerence.  There is always more to the story.  Dissimilar to Helen from Diary of a Mad Black Woman, the blueprint for Perry’s mad-black-bitch, we never get Angela’s backstory.  Instead, Perry reproduces a piecemealed narrative, constructed in a way to not only justify Angela’s representation, but to suggest that her “bitchiness” is somehow a biological quality rather than an acquired cultural reading.

Still, For Better or Worse, regardless of how you may feel about it, will likely go on to be a hit show.  Like it or not, there is obviously quite a bit of currency in loud talking, head shaking, and finger wagging racialized representations, obviously drawn from a nexus of dominant African American female stereotypes (for example, Sapphire and Jezebel).  Could it be that the viewing audience, black women included, appreciates a little bit of mad-black-bitch in the center of their entertainment?  Perhaps.  Maybe we’re just excited to see more black faces on television (countdown to those suggesting that Angela’s dramatic and comedic display isn’t the worse we’ve seen in 5, 4, 3, 2…), never mind how mythic.  Possibly. 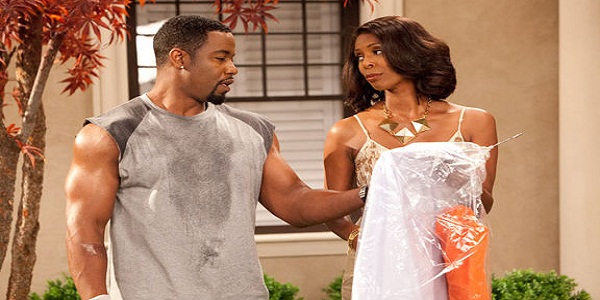 For me, For Better or Worse is a guilty pleasure—tinged with African American cultural malpractice.  In that case, back to my original article, I guess. I’ll be damned if I help Perry continue to build his empire on “this bridge called my back.”  Politics over pleasure.  Maybe.

In the meantime, get it together Mr. Perry, and stop creating productions at our expense–while simultaneously claiming to love black women! Been there and done that already.  Enuf.