"Paterno Is Finished at Penn State, and President Is Out" – The Feminist Wire

Home / College Feminisms / "Paterno Is Finished at Penn State, and President Is Out"

"Paterno Is Finished at Penn State, and President Is Out" 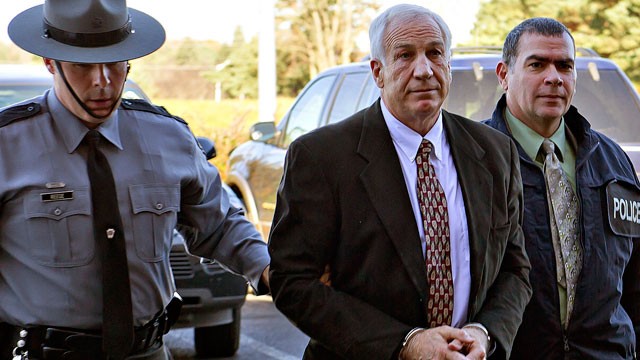 In one of the most stunning developments in intercollegiate sports the last few years, legendary football coach, Joe Paterno, was fired Wednesday evening by the university’s Board of Trustees. Graham B. Spanier, “one of the longest-serving and highest-paid university presidents in the nation” was also relieved of his duties, alongside Paterno, for failure to act definitively in a sequence of sexual abuse cases, going back to 1996, that involved the rape and sodomizing of pre-teen boys by then assistant football coach, Jerry Sandusky. The heir apparent of 84-year old Paterno, Sandusky was arrested Saturday for the alleged sexual molestation of eight minors, aged 10-13 years old. According to reports, several hundred Penn State students rallied in the streets of State College in support of Paterno.