For the love of football, white masculinity and underprivileged boys – The Feminist Wire

Home / College Feminisms / For the love of football, white masculinity and underprivileged boys

For the love of football, white masculinity and underprivileged boys 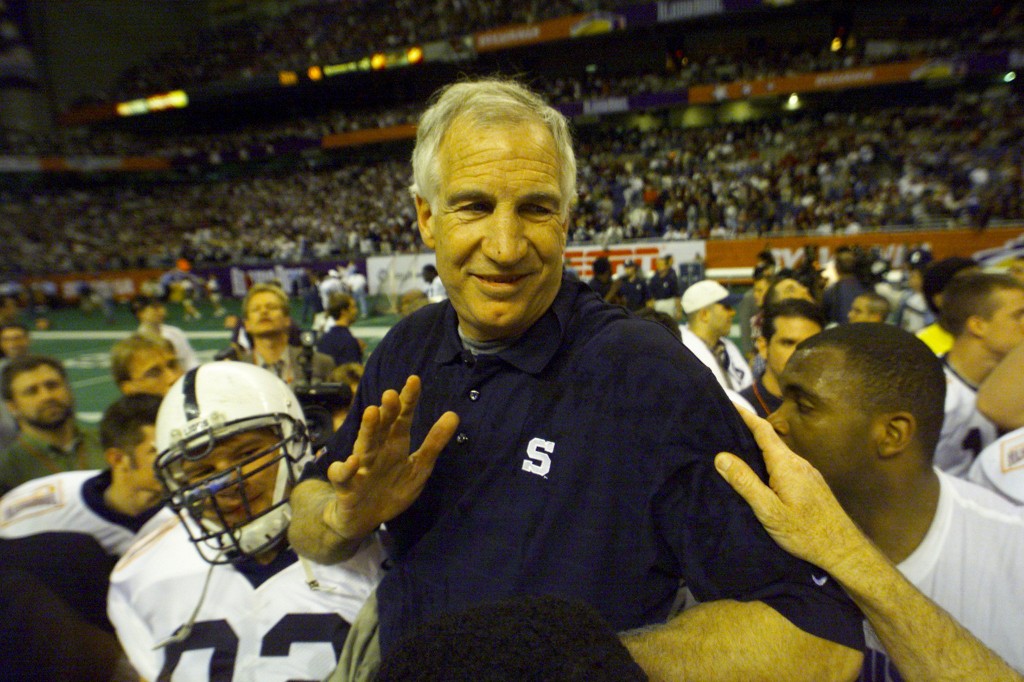 Jerry Sandusky, 67, a former Penn State University football coach, “credited as the architect of defenses that helped win national championships,” was arrested Saturday and charged with 40 counts of sexually abusing children over 15 years, many of which were 10 to 15 year old underprivileged boys.

As early as 1994, according to prosecutors, Sandusky began to prey on young boys he had come to meet through the charity he helped create years earlier, the Second Mile, which was designed to help disadvantaged boys from dysfunctional or broken homes.

On March 1, 2002, a Penn State graduate student witnessed Sandusky sexually assaulting a 10-year-old boy in the football facility’s showers. He alerted Joe Paterno, the university’s football coach, the following day.  According to prosecutors, Paterno had the university’s athletic director visit Sandusky at his home.  Paterno never called the police.

As a mother of 9 and 10 year old boys who play football for an over-privileged athletic program, I am perplexed from all sorts of angles.  I understand how black boys with above average athletic skill are prized—on the field, and I also understand how race and class position often determines how they are treated once the game is over.  Yet, I’ve also come to know the sheer joy that many boys experience while getting down and dirty on the green, notwithstanding how short lived that feeling of macho ecstasy may or may not be.

However, what troubles me most about this story is the pursuit and violation of the “underprivileged,” and the surrounding secrecy between the privileged.  I’d love to know what the university athletic director’s visit to Sandusky’s home entailed.  Hushed white-male-privilege-double-speak?  A good ole boy drink or two?  Laughter? Understanding? Fascination?  Rebuke?  A handshake?  A promise? To be sure, we’ll never really know.  What it did not include was a trip or phone call to the nearest police station.  Why?  Because Sandusky was a prominent face of Penn State football, and the Paterno football program was one of the university’s greatest engines of income and national prestige. Moreover, underprivileged children are not seen as subjects with innate dignity and worth due justice and protection.

Sandusky was understood to be a good man doing nice things for needy boys.

I guess the boys should have just been thankful for their blessings: integration into the world of Penn State football — “visiting the team’s field, going on trips to postseason games, eating meals in the team’s dining hall” and rape.