women and no mention

vi.  In this hostile corridor[2]

have been blighted by

you nourish these failing geographies.

As I face your graceful soliticitous-

ness over the counter

of this nasty KFC

and am dazzled by your articulated brows,

You recognize me too—

[1] “one million black”:  This poem is dedicated to the copy-cat One Million Black Women’s March which took place in Philadelphia in October of 1997.  I found it odd that a call upon one million black women to assemble with no prominence given to AIDS, the number one cause of mortality for black women, at that time, between the ages of 18 and 44.  From unpublished manuscript, “Baltimore Oreole: New and Selected Poems.” 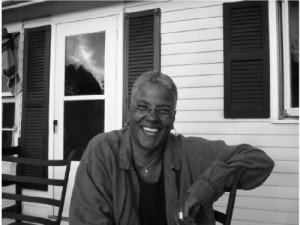 Cheryl Clarke is a poet and the author of four books of poetry:   Narratives: Poems In The Tradition Of Black Women(1982), Living As A Lesbian (1986), Humid Pitch (1989), and Experimental Love (1993).  She was first published in 1977 in Lady Unique  Inclination Of The Night, a journal of spirituality in New Brunswick, N.J. and in 1979 in Elly Bulkin and Joan Larkin’s iconic Lesbian Poetry.  Her poetry and prose have appeared in numerous publications since then.  She was an editor of Conditions from 1981-1990. Her critical study, After Mecca:  Women Poets and the Black Arts Movement , was published 2005. In 2006 The Days of Good Looks: Prose and Poetry, 1980-2005 was published.  She currently serves as the Dean of Students of the Livingston Campus at Rutgers University.  She lives and writes in Jersey City, N.J.